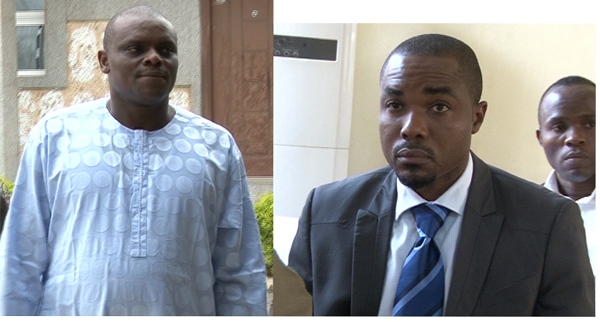 The Economic and Financial Crimes Commission on Wednesday arraigned Alhaji Saminu Rabiu, Jubril Rowaye, Alminnur Resources Limited and Brila Energy Limited before Justice Adebukola Banjoko of the High Court of the Federal Capital Territory, Abuja on a 17 criminal count charge of conspiracy, forgery and obtaining N1,051,030,434.63 by false pretence
The accused persons allegedly defrauded the Federal Government of Nigeria by submitting forged documents and obtaining the sum from the Petroleum Support Fund as subsidy for the importation of 10,000 metric tonnes of Premium Motor Spirit (petrol).
Count One of the 17 Count charge reads: “That you, Alhaji Saminu Rabiu, Jubril Rowaye, ALMINNUR RESOURCES LTD and BRILA ENERGY LTD sometime in May, 2011 in Abuja within the jurisdiction of High Court of the Federal Capital Territory, Abuja with intent to defraud, did conspire to do an illegal act to wit; to obtain the sum of N1,051,030,434.63 (One billion, Fifty One Million, Thirty thousand, Four Hundred and Thirty Four Naira, Sixty-three kobo) from the Federal Government of Nigeria by false pretence that the said sum represented subsidy payment accruing to ALMINNUR RESOURCES LTD for the purported importation of 10,000 MT of Premium Motor Spirit(PMS) which you claimed to have purchased from Napa Petroleum Trade Inc and imported into Nigeria through the Mother Vessel, Mt Kriti Akti, which representation you knew to be false and thereby committed an offence contrary to section 8(a) of the Advanced Fee Fraud and other Fraud Related Offences Act, 2006 and punishable under section 1(3) of the same Act.”
When the charges where read to the accused, they all pleaded not guilty.
Barristers R.O. Unnah (Counsel for 1st and 3rd accused) and Ajibola Oluyede (Counsel for 2nd and 4th accused) prayed the court to grant the accused persons bail.
Prosecution counsel, Sylvanus Tahir, did not oppose the application but urged the court to impose stringent conditions, which will ensure that the accused persons are available for trial.
Justice Banjoko granted bail to each of the accused in the sum of N10 million and two sureties in like sum.
One of the sureties must be a Director in the Civil Service.
Both sureties, who must be resident in Abuja, are to swear to affidavit of means and produce evidence of tax payment in the past three years.
In addition, the accused persons must deposit their international passport and three passport photographs each with the court.
She adjourned the case till November 29 and 30, 2012 for commencement of trial and ordered that the accused be remanded in prison custody until they perfect their bail terms.