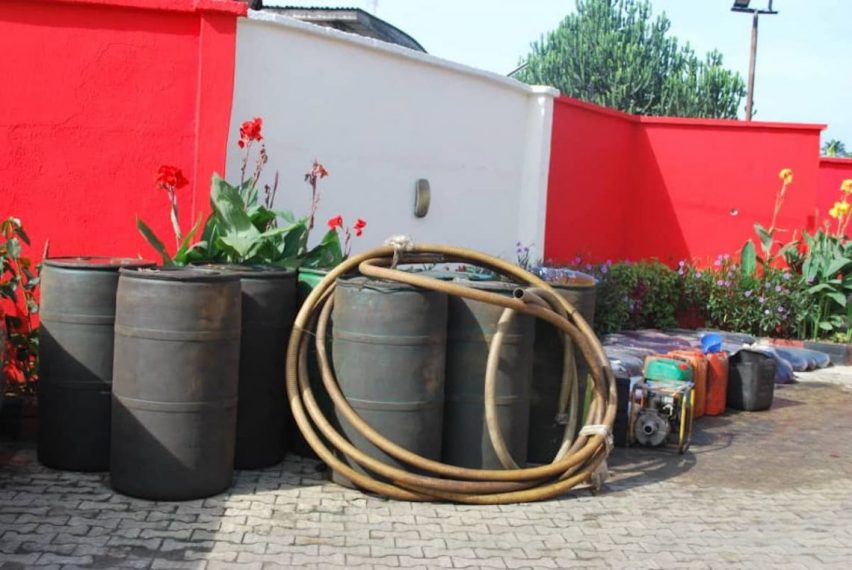 This was revealed in a statement by the anti-graft agency on Tuesday.

Six of the suspects: Adinadu Chinonso; Chinedu Okoh; Paul Ejiofo; Christian Nweke, Nnaji Chidinma and Donatus Nnamani, were arrested on May 7, 2021 along ÑPA Road, Port Harcourt, while the remaining five: Francis Ezeakalam; Uchenna Asiegbu; Uchenna Okah, Ibrahim Olapade and Ndidi Akuneho, were arrested on May 9, 2021 at the same location.

They were arrested based on verified intelligence obtained by the EFCC on their alleged involvement in illegal oil bunkering.

Items recovered from them included three Mack Trucks without any registration number, one Volkswagen bus and one Nissan car.

The Trucks were fully loaded with products suspected to be illegally refined Automotive Gas Oil, while the remaining two vehicles were loaded with cellophane bags containing same products.

The suspects would be charged to court as soon as investigation is concluded, the statement added.