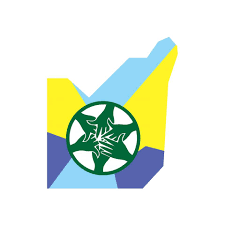 The Federal Capital Territory Administration says that Eid prayers for the upcoming Eid el-Fitr celebrations will hold only at neighbourhood juma’at mosques, as there will be no congregational prayers at the National Eid prayer ground along the Umaru Musa Yar’adua Expressway (Airport Road).

This was part of the outcome of a meeting convened on Monday, 10th May 2021, by the Minister of the FCT, Malam Muhammad Musa Bello, with a delegation from the FCT League of Imams Initiative, led by its chairman, Dr. Tajudeen Adigun.

The development is part of the administration’s efforts to prevent a third wave of COVID-19 infections in the capital territory.

According to a statement endorsed by the Chief Press Secretary, Anthony Ogunleye, all worshippers will be expected to hold Eid prayers outdoors within the premises of their neighborhood Juma’at mosques, while indoor worship should be limited to less than 50 per cent of installed capacity of the venues.

Religious authorities are also advised to regulate the flow of people entering and exiting places of worship, while all non-pharmaceutical intervention protocols of facial coverings, physical distancing and hand washing are to be observed.

“All other Eid celebrations and activities should be confined to homes as all public parks, recreation and entertainment centers are to be closed,” he said.

At the end of the meeting, the chairman of the FCT League of Imams Initiative, Dr Tajudeen Adigun, urged Muslim Ummah to respect the stand of the FCT Administration by observing Eid prayers within their localities.