by The Eagle Online
in Featured, R&D Health
2 min read
0

Daystar Christian Centre has begun the massive distribution of cash and foodstuff to the church’s staff, volunteers and the community as represented in its Home Fellowship system, The Eagle Online has been told.
The Senior Pastor of the Church, Sam Adeyemi, had a week ago announced the decision of the church to reach out to people following the impact of the Coronavirus Disease outbreak in the country, which ultimately resulted in the lockdown of a lot of states of the Federation.
According to available information, shortly after the announcement by Adeyemi, messages were sent to the volunteer workers of the church to provide their account details since it would be impossible to reach everyone with foodstuffs.
The Eagle Online gathered from members of the church’s choir, known as the Healing Streams of God, that those who opted to take the offer, had been credited with N5,000 each.
The volunteer workers of other units also received the same amount, it was learnt.
However, some opted not to take the offer, with the explanation that they could take care of themselves.
Staff of the church also had the same gesture extended to them, though The Eagle Online could not confirm how much they received.
However, there were indications that some of them were also given foodstuffs, a gesture that was also extended to the community via the House Fellowship system.
A Pastor of the Church, Bolutife Oluyomi, said he distributed over 2,500 packs of foodstuff during the week to beneficiaries made up of staff and members of the church and community.
The Eagle Online was also told that in the first batch of assistance to those who are part of the Home Fellowship system, but not members of the church, N5,000 was also credited to their accounts.
Adeyemi had in his statement to the church last week said: “At Daystar, we believe in serving our communities.
“As the lockdown subsists, many people are going through challenging times and need our help.
“That is why we are distributing food to the vulnerable through our cell fellowship network.
“We are also helping to protect our healthcare officials by donating protective equipment.
“We have been called to charity at such a time as this and we have responded to the call.
“So far, our government has risen impressively to the occasion.
“However, it is obvious that this is not a task for the government alone.
“Compassionate institutions must also take responsibility for the welfare of our nation in these trying times.”
Adeyemi advised Nigerians to adhere to the government’s advice to prevent the spread of the disease.
He said: “Even as God watches over us, we must be wise in following recommended health precautions.
“Wash your hands regularly and stay at home.” 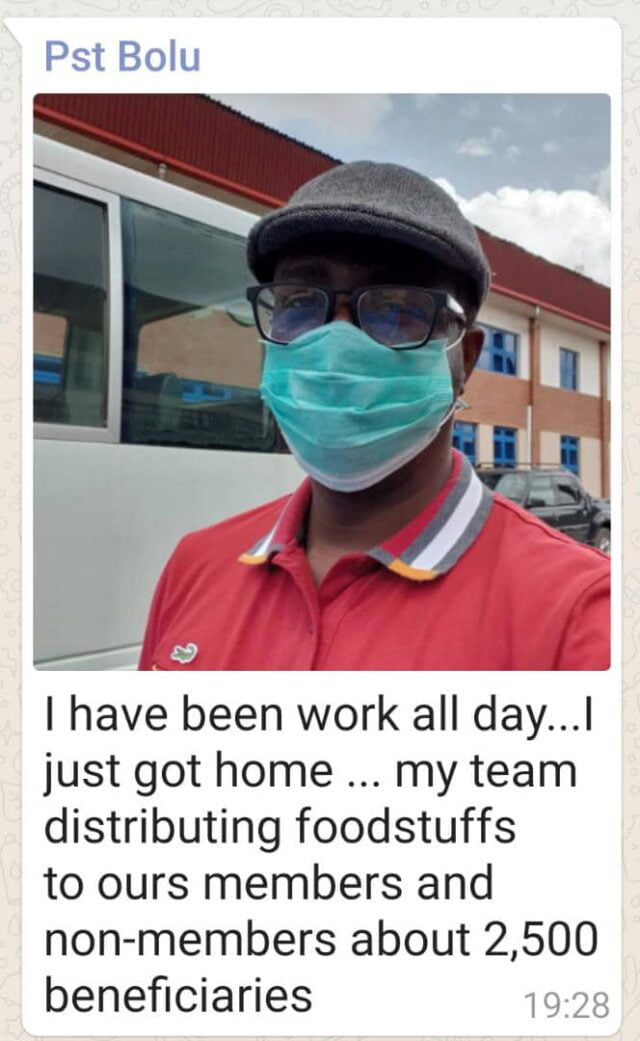 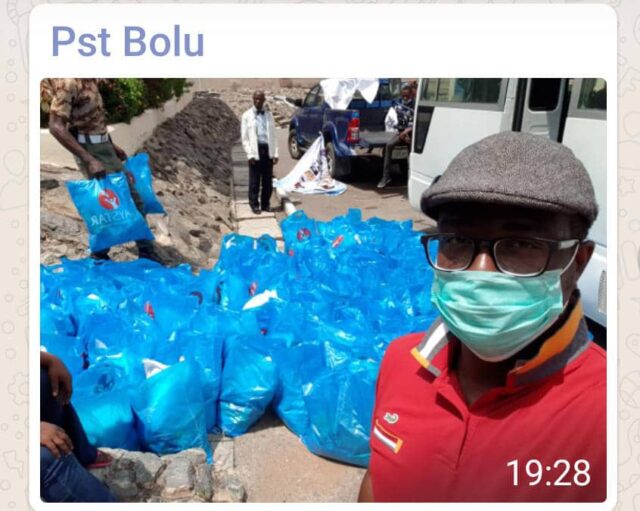