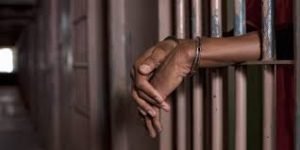 A Yaba Chief Magistrates’ Court on Wednesday in Lagos sentenced a driver, John Anebi, to 50 hours community service for stealing a phone, valued at N50,000.

Chief Magistrate Adebola Adedayo handed down the sentence after Anebi, 20, pleaded guilty to the charge.

Adebola, who gave no option of fine, said that the convict should clean up the court premises every day for seven days to make up the 50 hours.

Anebi, who resides in Gbagada, Lagos, was arraigned on December 7, on a count of stealing.

Earlier, police prosecutor, Sgt. Godwin Oriabure, told the court that the convict committed the offence on November 21, at No. 7, Alake Orile Street, in Gbagada Phase 11 Estate.

He said that Anebi jumped over the fence into a compound and stole the phone from the window of one Olusegun Aderogba, the complainant.

According to the prosecutor, the complainant raised the alarm, prompting security guards to capture Anebi with the phone in his hand.

The offence contravenes Section 287 of the Criminal Laws of Lagos State, 2015.