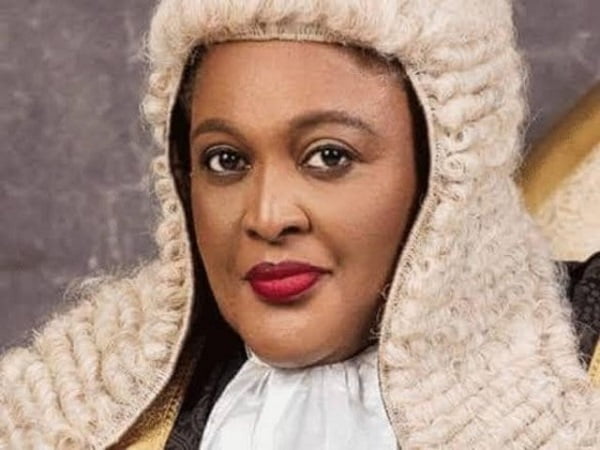 A Federal High Court in Abuja on Wednesday admitted 12 out of the 15 suspects linked to the invasion of the residence of a Supreme Court Judge, Justice Mary Odili, to bail in the sum of N5 million each.

Justice Nkeonye Maha granted the bail after counsel to the 12 defendants moved applications filed in that regard.

The motions were not opposed by the prosecution lawyer, Mathew Omosun.

Maha ruled that the second surety must be gainfully employed in Abuja, having paid his or her tax dues for three years.

She said the documents of the landed property should be submitted to the registry of the court.

The judge, who ordered that the defendants must submit their international passports to the registry, directed that all the defendants be remanded in Kuje Correctional Centre, pending the perfection of their bail terms.

The judge noted that though the prosecution did not oppose the applications, this did not preclude the court from looking at the merit of the matter based on Supreme Court decision.

She, however, granted the bail plea on the ground that the applications were unchallenged and based on the evidence before the court.

Justice Maha, however, refused to grant bail to 11th (ASP Mohammed Yahaya), 14th (Abdullahi Adamu) and 15th (Abdullahi Usman) defendants on the grounds that no bail application was before the court.

Maha, who ordered that the three defendants be remanded in Kuje Correctional Centre until the next adjourned date, fixed January 17 and 18, 2022 for trial commencement.

The News Agency of Nigeria reports that while counsel to the 11th defendant, Usman Jubrin, and lawyer to the 15th defendant, Abdullahi Usman, moved oral applications for bail, the 14th defendant did not have legal representation in court.

NAN reports that the Federal Government, through the Nigerian Police Force, had produced the 15 suspects before Justice Maha for arraignment on 18-count charge bordering on forgery, criminal trespass, intimidation, extortion, among others, contrary to the sections of the law.

In the charge marked: FHC/ABJ/CR/436/2021, they were also alleged to have threatened Justice Odili and members of her household with injury to her person and reputation with intent to execute an illegal search warrant.

Although 22 defendants are on the charge, seven of them are still at large.

Earlier, Counsel to the prosecution, Mathew Omosun, from the Nigerian Police Force Headquarters, told the court that he had an amended 18 counts dated December 13 and filed December 14.

“We seek to withdraw those aforementioned charge and amended charges.

He prayed the court for the counts to be read to the 15 defendants so they could take their plea.

The defendants, however, pleaded not guilty to all the counts.

Omosun urged the court to make an order remanding the defendants in a correctional centre pending the hearing and determination of the matter in view of their non-guilty plea.

But lawyers to the defendants informed that applications for bail had been filed in respect of their clients.

The prosecution did not oppose the motions.

The judge then stood down the matter and resumed for the ruling at about 8:15pm.

NAN observed that the defence bail applications were filed prior to the arraignment.

But Usman Jubrin, who is counsel to the 11th defendant (ASP Mohammed Yahaya), and Dr. M.Y. Suleiman, lawyer to the 15th defendant (Abdullahi Usman), moved oral applications for bail in respect of their clients.

Jubrin told the court that as at December 14 when he filed the bail applications for 6th, 8th, 9th, 10th and 13th defendants, who he also appeared for, the name of the 11th defendant was not in the charge.

The lawyer, who prayed the court to admit Yahaya to bail on liberal terms, said he was surprised to see his name later as 11th defendant.

Also moving the oral application, Suleiman said his client, an Immigration Officer (Abdullahi Usman), was ready to produce a surety to stand his trial.

He urged the court to grant the plea.

The police counsel, Omosun, did not oppose the bail request.

NAN reports that the Police High Command had on November 11 paraded 14 suspects over the invasion of the Abuja residence of Justice Odili, describing them as impostors unknown to any of the nation’s security forces.

Parading the suspects at the Force Headquarters Annex, Abuja, Force spokesman, Frank Mba, said that the 14 suspects included a fake Chief Superintendent of Police, Lawrence Ajojo, and an Islamic scholar.

He said the suspects and seven others at large conspired to raid the residence following information that the Supreme Court Justice was keeping a large sum of money in foreign currencies.

According to Mba, the seven suspects still at large included two soldiers.

The police also arrested one Abdullahi Usman, an Assistant Superintendent of Immigration, who serves in Nasarawa State Command.

Mba said the suspects involved in the criminal acts came from different professional backgrounds such as journalism, banking, law enforcement and law.

He said the syndicates, including one Stanley Nkwazema, a journalist, were loose canons and document forgers who were on their own and not hired by any personnel of the Ministry of Justice.

NAN reports that Justice Odili’s residence at 7, Imo Street, Maitama, Abuja was on October 29 allegedly invaded by armed security operatives on the grounds of alleged tip-off by a whistleblower, one Aliyu Umar, who claimed to have observed suspicious activities at the residence.

Chief Magistrate Emmanuel Iyanna was said to have approved a search warrant by a body identified as the Joint Panel Recovery Unit in the Ministry of Justice, leading to the invasion of Odili’s home.

The Magistrate later revoked the order, saying he was misled, while the police and other security agencies also said they were not aware of the raid.

However, the police commended the resistance put up by the security personnel attached to Odili’s residence for not allowing the suspects access to the building, saying that it could have been the greatest embarrassment to the nation if the operation had succeeded.

The siege had drawn condemnation from many Nigerians and several interest groups, including the Nigerian Bar Association, Supreme Court, National Assembly, several state governors and civil society organisations, among others.

The Attorney-General of the Federation and Minister of Justice, Abubakar Malami (SAN), and Inspector-General of Police, Usman Baba, had separately denied authorising the raid or knowledge of it.

The Economic and Financial Crimes Commission and Department of State Services, both of which were also allegedly linked to the invasion, had denied involvement.