Shock! This was the expression on the faces of the Federal Executive Council members from the South West and Governors as they toured the public assets and private properties destroyed in Wednesday’s coordinated arson in Lagos State.

The Governors and the Ministers were in Lagos on Sunday to commiserate with Governor Babajide Sanwo-Olu over the large-scale destruction of public and private facilities by hoodlums who had hijacked the #EndSARS protests. 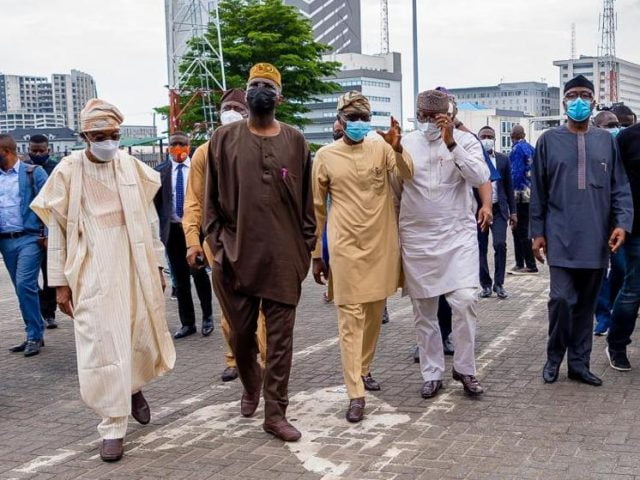 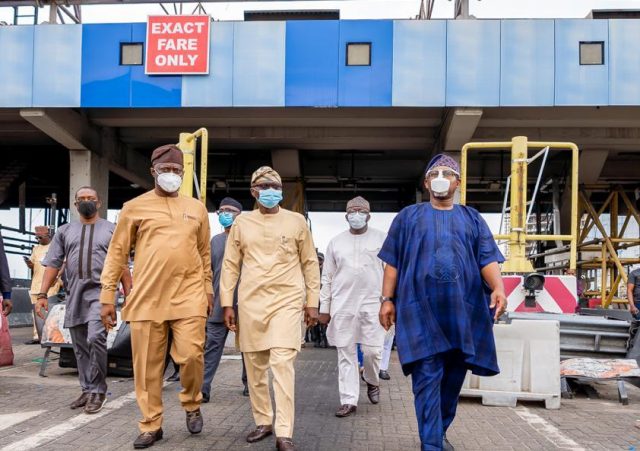 The delegation of Governors and Ministers was personally received by Sanwo-Olu at the State House in Marina, where the Lagos helmsman showed them the pictorial evidence of the violence before visiting some of the torched assets – Lagos High Court, Nigeria Port Authority building and Forensic Lab.

Many sighed endlessly; others were simply shaking their heads. 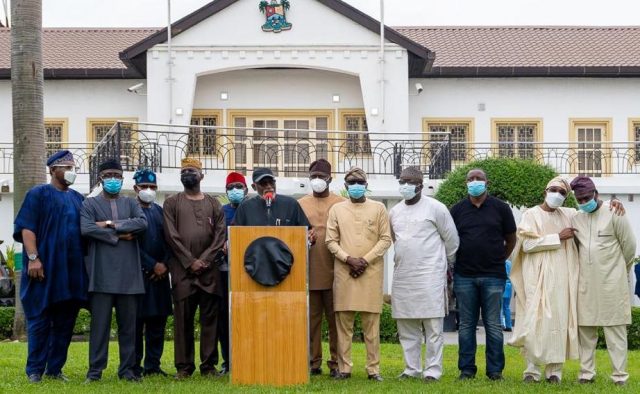 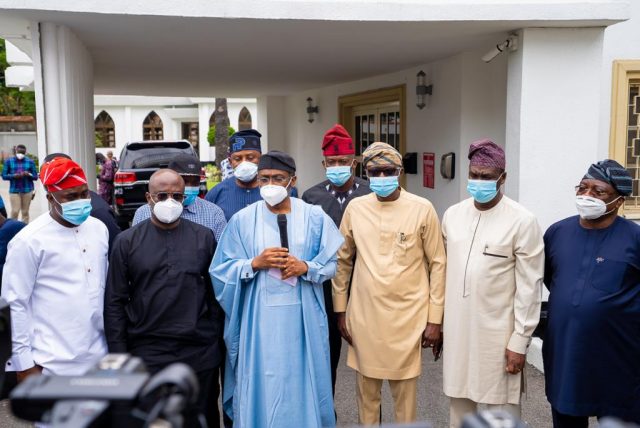 Some brought their phones and took photographs of the “scene of war”.

At a joint press conference held after the tour, the Chairman of the South West Governors’ Forum and Ondo State Governor, Arakunrin Rotimi Akeredolu (SAN), likened Lagos to a war zone, given the extent of the destruction.

Akeredolu said the violence that resulted from the #EndSARS protest left much to be desired, stressing that there was an agenda beyond the youth demonstration against police brutality. 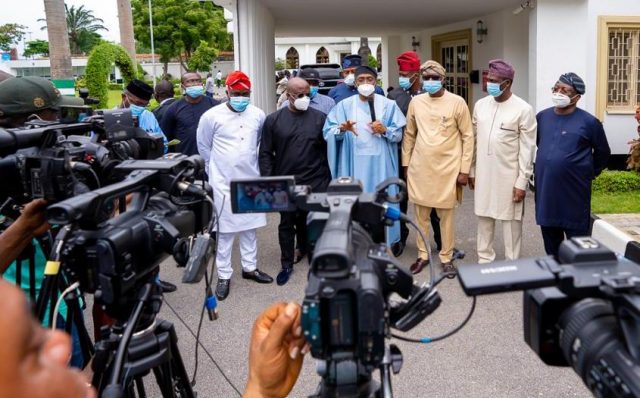 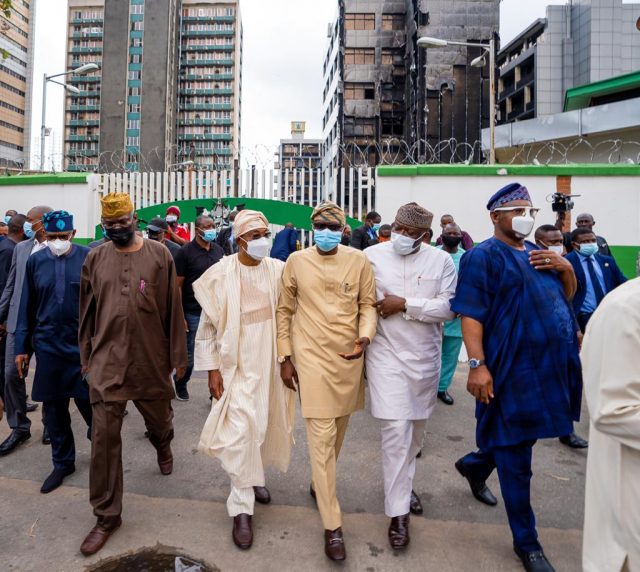 He said: “We are deeply concerned with the ease with which public buildings, utilities, police stations and investment of our people have been burnt despite the proximity of security agencies in those areas.

“The development leaves us with no other option than to believe that there may be other reasons for continued protests, well coordinated and funded.

“We are particularly worried that 48 hours after the unfortunate incident at the Lekki Toll Gate by persons adorning military outfit, there has been no definitive statement from the military authorities on the incident.

“Our anxiety becomes heightened by the categorical denial of the Governor of Lagos State concerning the military deployment.

“No Governor has powers to authorise deployment of military personnel in Nigeria.” 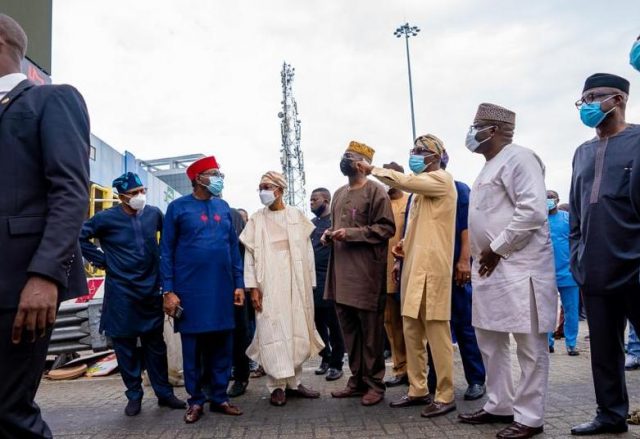 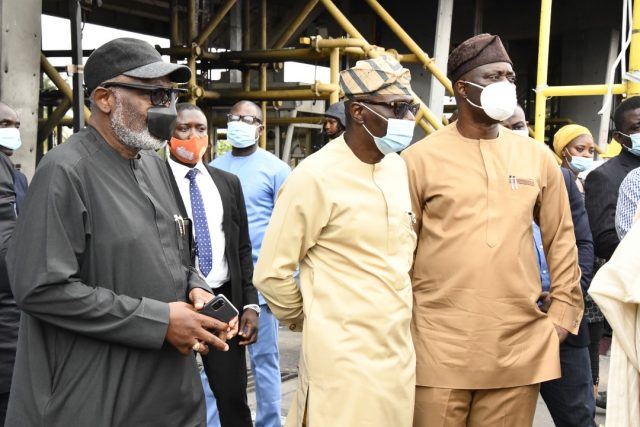 The Governors also condemned the “sacrilegious” attack on the palace of the Oba of Lagos and decried what they called “vile attack” on the All Progressives Congress National Leader, Asiwaju Bola Ahmed Tinubu, and businesses in which he has interest.

The Governors applauded Sanwo-Olu for his patience and the manner with which he handled the situation.

The Forum demanded an investigation into the circumstances that led to the destruction of public assets and private businesses in Lagos. 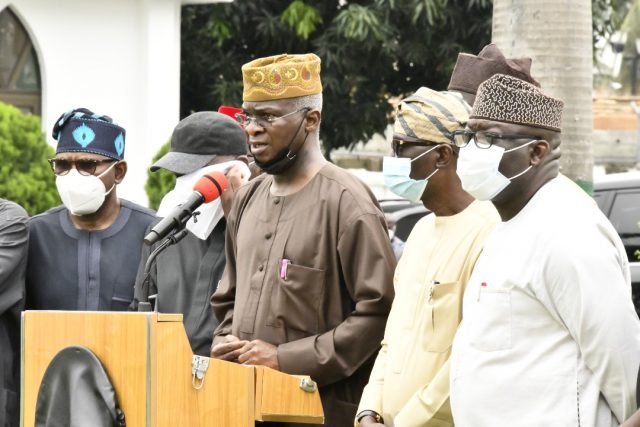 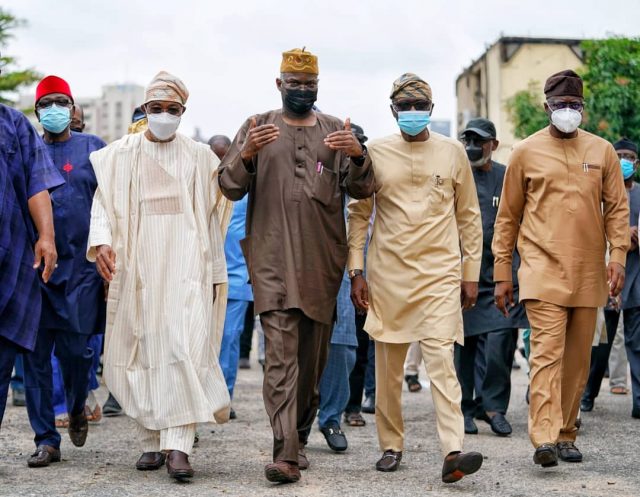 Akeredolu said: “We commend Governor Sanwo-Olu for his administrative acumen.

“We note his patience and understanding in the face of unwarranted provocation by agents of darkness.

“We stand resolutely with him at this trying period.

“We urged our youths to rise up and defend our land against diabolical incursion ravaging our space.

“We cannot continue to fold our hands and watch our heritage destroyed.”

The South West Governors unanimously disowned the war-mongering rhetoric of a man, Adeyinka Grandson, in a video circulating on the social media.

“They urged the Yoruba and non-Yoruba residents in the South Sest to disregard the threat of violence issued in the video, saying the “secessionist” had no authority to speak for the Yoruba. 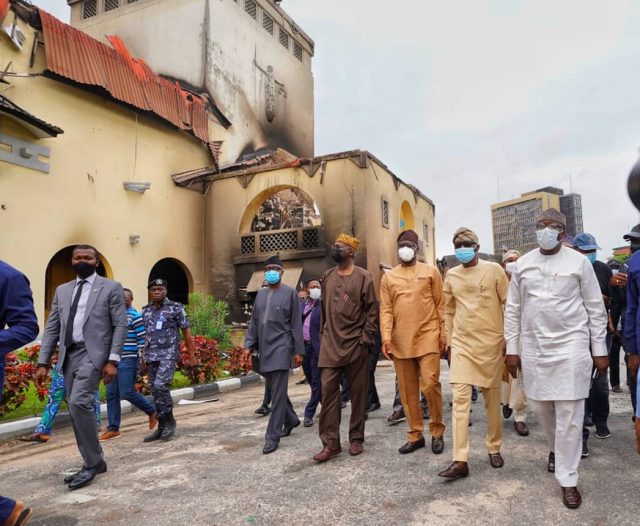 Akeredolu said: “The element (Adeyinka Grandson) has no authority to speak on our behalf.

“We call on our brothers who are non-Yoruba natives to go about their normal businesses with out fear.

“South West region will continue to be made habitable for all.”

The Minister of Works and Housing, Babatunde Fashola (SAN), said the visit was at the instance of President Muhammadu Buhari, noting that words were not enough to describe the extent of the destruction wreaked by the arsonists.

Fashola hailed Sanwo-Olu for his “untiring effort” to restore peace in the State, cautioning those posting inflammatory comments in the social media to desist from the act.

He urged all Lagos residents to unite and collectively address the cause of the violence, stressing that the State Government needed the support of all in unraveling the truth.

Other Governors in the delegation were those of Oyo and Ekiti States, Engr. Seyi Makinde and Dr. Kayode Fayemi.

The Speaker of the House of Representatives, Rt. Hon. Femi Gbajabiamila, who also visited Sanwo-Olu, condemned the violence and destruction of properties in Lagos. 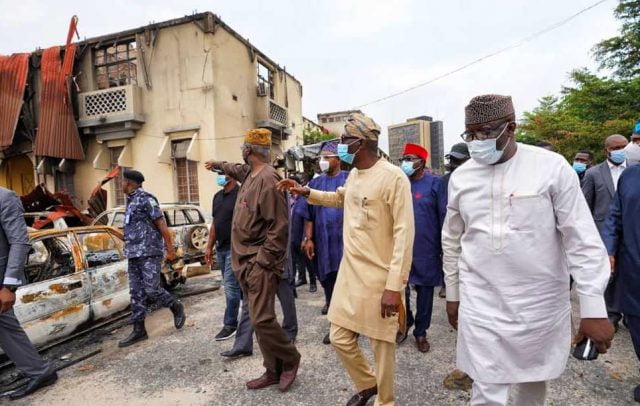 Gbajabiamila, who was accompanied by members of the House of Representatives from Lagos State, urged people not to read ethnic dimension to the issue, promising that the lower chamber of the National Assembly would do all within its power in rebuilding Lagos and other states affected by the violence.

He said: “This certainly is not Lagos State of our dream that we all talk about.

“I believe that no matter brave or face anyone put into it, even the protesters have their regrets that things went this far. 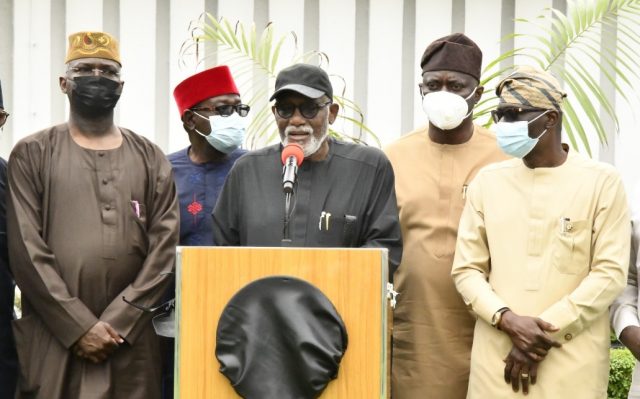 “From my understanding and from what I have seen, those who were for the protests and those who did not join were all affected.

“It is very unfortunate to see the level of destruction.”