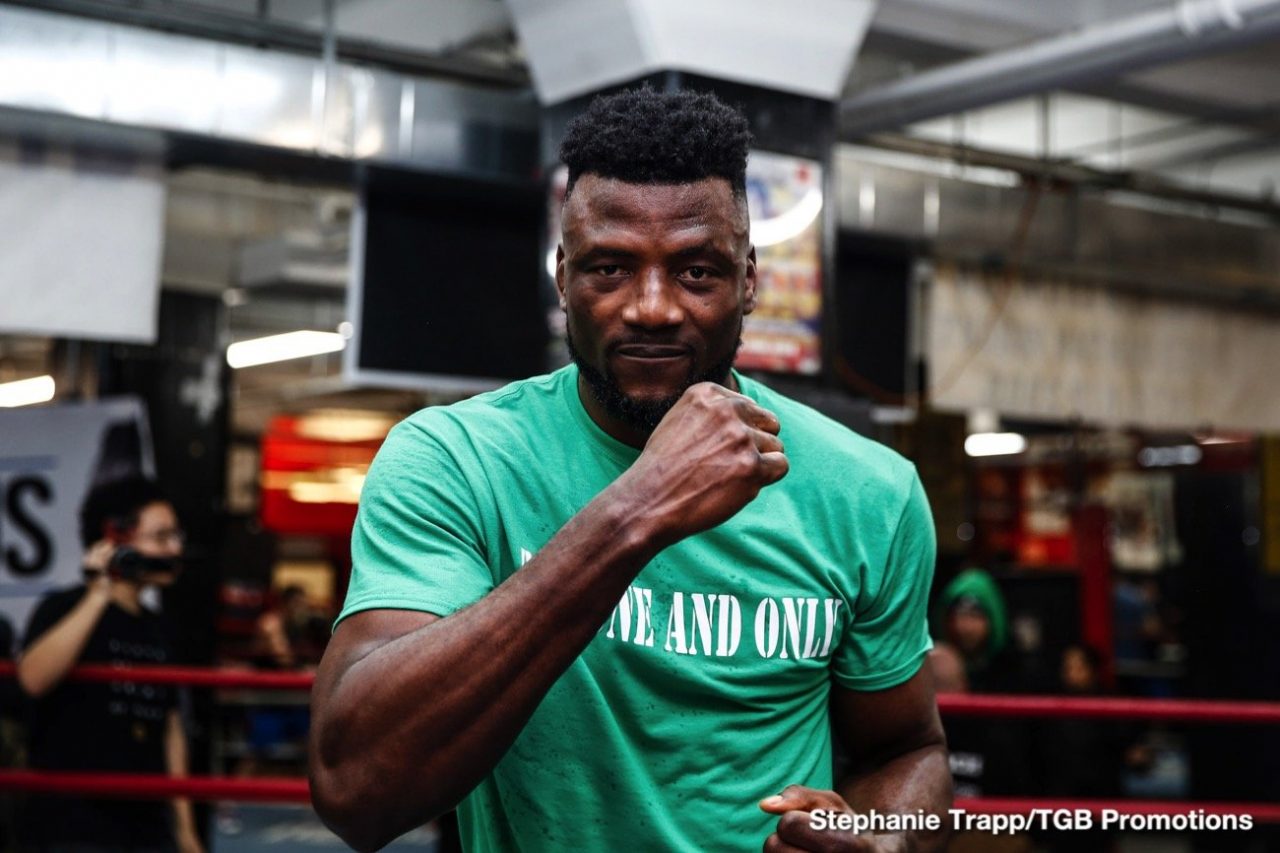 According to TalkSport.com, the Nigerian Olympian is one of the contenders lined up to meet the “Gypsy King,” who recently resolved to move on after waiting a trilogy with Deontay Wilder that has dragged for “too long.”

Fury was set to face champion Wilder in a trilogy fight just before Christmas at the new Allegiant Stadium in Las Vegas.

However, Fury’s co-promoter, Frank Warren, confirmed that the American’s rematch clause had expired and that Fury would be moving on to other opportunities.

Warren detailed his plan for the current WBC heavyweight champion during his appearance on the Jim White Show, saying he would fight in London in December before focusing his attention on Joshua.

And Arum, who represents the 32-year-old with Top Rank in the US, revealed Oscar Rivas, Efe Agbaja and Agit Kabayel were in contention to face Fury.

“Yeah, those are the names,” he told iFL TV. “It’s not rocket science.

“Go to the 15 names on the WBC list, 10 of them are not available because they are scheduled to fight within the next month or the next two months, they’re not available.

“Dillian Whyte is there, but he has a fight coming up. Joseph Parker is fighting Junior Fa who is also there, so you end up with five guys who are possible.

“You mentioned three of the five; there’s Efe Agbaja, Agit Kabayel, Rivas is there and there are two others.

“We will have to pick out, see who is available, and pick it out. Rivas and Efe are Top Rank fighters and I’m sure we could arrange for them to be available if that’s who was chosen.”

Ajagba, with 14 wins and 11 knockouts, wants to face Anthony Joshua in Africa, while Kabayel defeated Chisora in Monaco almost three years ago.