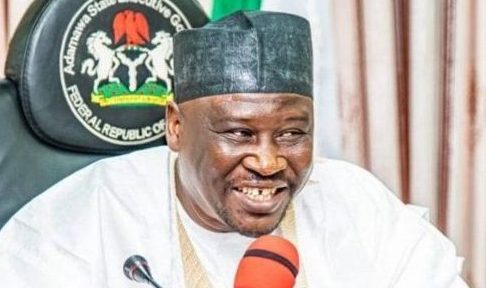 The Adamawa government has relaxed the 24-hour curfew earlier imposed on the state.

Governor Ahmadu Fintiri, who stated this in Yola on Thursday, said that the curfew would be from 8am to 6pm., beginning from October 30.

The News Agency of Nigeria recalls that the 24-hour curfew was imposed on October 25, following the destruction and looting of government and private warehouses in the state by some hoodlums, hiding under #EndSARS protest.

“We shall review the timing as situation warrants. Meanwhile, checkpoints will be mounted at all the entry and exit points in the state.

“This is a measure taken to stop any attempt by the thieves to escape from the state with the looted items,” he said.

The governor appealed to the people of the state to bear with the government, saying the measures were in their collective interests.

“They are noted to be the best way to prevent further attempts by recalcitrant hoodlums to railroad us into anarchy”, he said.

Fintiri said that he had reviewed the security situation with the security agencies, saying that relative calm was already returning to the state.

The governor commended the citizens for their compliance with the curfew.

According to him, more than 50 per cent of the looted items have so far been recovered from the hoodlums, assuring that more will still be surrendered.