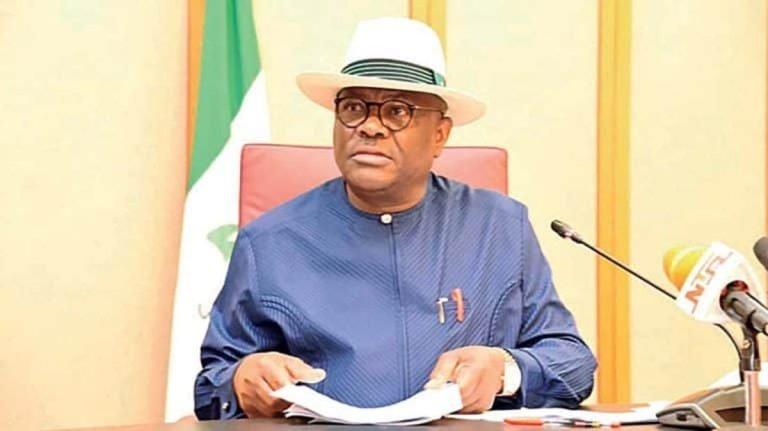 Did Governor Nyesom Wike of Rivers intend to shame his colleagues from the Niger Delta states when he recently asked their constituents to demand accountability from their respective governors on how they spent the refunded arrears of 13 per cent derivation? I doubt. But I praise his guts.

However, if his intendment was to ridicule his colleagues, he obviously got more than he bargained for. He got a short shrift. Put differently, he got his hand stuck in the fire. Reason is simple. Wike is not the leader of the Niger Delta region. He’s not also the constitutional ombudsman to superintend the region. Chief of all, he’s not the poster face of good governance for the Niger Delta states or even for Nigeria.

To properly situate the Wike blip in context, it’s germane to examine the circumstance under which he made the comment. Granted that Wike is a show man who loves to grab media attention and please the gallery, but the real Wike could never have made the comment if he was the presidential candidate of the Peoples Democratic Party (PDP) or if he was picked as running mate to the eventual winner of the party’s presidential primary, Atiku Abubakar.

He only became a self-appointed umpire and chief foreman over the Niger Delta states after losing both the PDP presidential ticket and the slot of running mate. Both opportunities, it is now obvious, brought out the beast in Wike who loves to hear the sound of his own voice even when it’s all noise shorn of logic. This marks Wike out as a sore loser, sour-graping over a fate he had no control of. More, critically, Wike’s sudden outbursts since losing his party’s ticket were borne out of bad blood, jealousy and fetish anger. This questions his democratic credentials. All over the world, democracy thrives of the rule of law, mores and decisions of political parties; not on the dictates of one man, no matter how powerful such a man may be or the overbearing power he arrogates to himself. For this, I praise Wike for sowing for himself a flowing garment of self-conceit.

In America, whose brand of presidential system we practise, party members engage is feisty contests sometimes laced with insults and acerbic jibes for their party’s ticket. But as soon as one is picked over the rest, all the once ferocious contestants would team up to support their party’s chosen candidate. That’s democracy. Majority will always have their way and minority their say. In a democracy, the decision of the party is supreme, no matter who’s hurting.

In the case of Wike, the PDP ahead of the primary threw away its zoning arrangement of north and south. All the contestants knew this before agreeing to participate. Wike, himself, was fully aware before he set out to tour the nation wooing delegates. Other contestants also wooed delegates. But politics is about compromise, concession, persuasion and alliances. If Wike and his southern PDP members were ever serious about bringing the presidency to the south, they would have reached a compromise; they would have formed a formidable alliance; one would have stepped down for the other. But they prefer to run on their individual steam including Wike. And they all failed, expectedly.

For whatever reason, Wike felt a sense of entitlement. It should have been him or nobody, not minding that a former President of the Senate and number three citizen in Nigeria, Anyim Pius Anyim; a performing governor like Udom Emmanuel of Akwa Ibom and other political high flyers from the south also contested for the coveted PDP ticket. None of these people, except Wike, is begrudging the party or bellyaching over the outcome of the primary. This, again, marks Wike out as an incurable egomaniac and power monger who wears the façade of a democrat but deep down, is an irreverent tyrant and a petulant pernicious potentate. But I still praise him for his uncommon skill in dissimulation.

Wike cries for equity, justice and fairness. Good ideals, but is Wike an apostle of such fine ideals? The answer is blowing in the wind. The answer can be situated within the confines of Rivers state where Wike, an Ikwere man succeeded Rotimi Amaechi, another Ikwere man, leaving the Ogoni, Kalabari and others as bystanders in a state they ought to enjoy a sense of equity. The answer is in Wike’s political appointments dominated by his Ikwere people.

Wike is a show man who loves to be noticed. Here in Rivers, he concentrates on building flyovers and roads leaving out the key pillars of human development which is education and healthcare. And we know why he uses a particular foreign contractor for his projects, undermining the Federal Government policy on local content. We also know why Wike spends hundreds of millions of naira to show off his flyovers in the media. It is the lot of egoistic merchants who would spare nothing to prove that they control the levers of power.

But Wike should take a trip round the same Niger Delta states. If he visits Akwa Ibom, he would feel ashamed that the quality of projects including education and healthcare infrastructure undertaken by Governor Emmanuel far surpassed his media-hyped projects. He would realise that Emmanuel has created more jobs and empowered more people than himself without a whimper of noise.

Wike should be invited to take a tour of Delta state where Governor Ifeanyi Okowa is working miracles from the upland to the creeks; creating jobs, making entrepreneurs and lifting people out of poverty. All this without financially procured media hype. Wike should copy the Okowa template of diversity in development, in the distribution of development across the three senatorial districts of Delta. He should copy the Delta template of skills acquisition, empowerment and seeding startups with take-off grants to become employers of labour. Okowa just like Wike has built roads (he’s called the Roadmaster) and bridges, including bridges to link hitherto cut off riverine communities, quietly without the vain fanfare of wasteful media hype. Has Wike ever wondered why Delta has won the National Sports Festival six times in a row under Governor Okowa, and why on all occasions, Wike’s Rivers never made a second position? The answer is simple: Okowa is investing massively in developing human capital. He’s not playing politics with development. He’s doing same in education, both cognitive and technical. Wike should stop acting like a little lad denied candy by his parents. He should stop attempting to supervise his peers. Until he puts Rivers as the top state in educational and sporting excellence, until he makes Rivers the major producer of techies and nerds congruous with the demands of the 21st century, he has done nothing. Any Jack can build roads and flyovers. The military did. But only great leaders build men as change agents. Like India, China, Singapore, South Korea, Malaysia, and others are doing. This is what Okowa, Emmanuel and other governors in the region are doing; not dancing Azonto and Shaku-shaku in a primitive circus show. But I still praise him for his uncommon dancing skills.