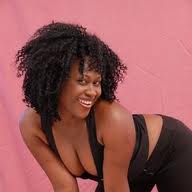 The name Uche Jombo is synonymous to a Nigerian movie star that has had a rough time with the Nigerian media, especially on her romantic relationships. Shortly before her secret marriage, she reportedly blamed the media for her failed relationship with Super Eagles football player, Kalu Uche. The relationship was believed to have lasted 10 years before both parted ways. It was no surprise when the talented actress chose to pull off a secret wedding to her Puerto Rican lover, Kenny Rodriguez, in May in the United States of America. Even after the secret wedding, many controversies still trailed her over the late release of her wedding pictures. Some days ago, Jombo spoke with The Eagle Online. She talked about sundry issues but refused to delve into her marriage. Excerpts: