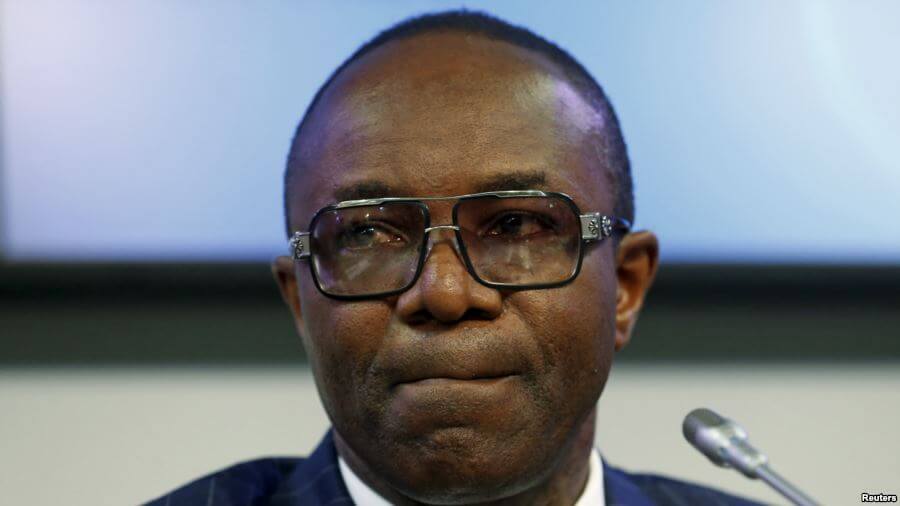 The Minister of State for Petroleum Resources, Dr. Ibe Kachikwu, says the major cause of the fuel scarcity currently being witnessed across the country is shortfall in supply of petroleum products.
Kachikwu stated this at a news briefing on Thursday in Abuja.

He said that the Nigerian National Petroleum Corporation was making efforts to ensure that queues at filling stations disappeared in a couple of days.

He said: “Presently, queues in Lagos have reduced. We know that Lagos, Abuja, Benue, Port Harcourt were among the worst-hit areas.

“Benue has been dealt with; Port Harcourt is quite moderated. Apart from these areas, other places in the country are probably liquid.
“The major problem is the gap in terms of volume, because NNPC is the only one importing the product to the country.”
The minister assured that there was adequate storage facility for imported products, adding that emergency measures were in place to ensure that the products were available during the Yuletide and post-January.
He said that four vessels laden with petroleum products would “berth in a few days and a total of 20 cargoes are also expected with petroleum products’’.
Kachikwu said that the NNPC had, as at Wednesday, discharged products at its depots, adding that emergency supply, quick truck delivery and stricter monitoring were measures adopted to ensure that queues disappeared.
He added that NNPC would use additional trucking to major cities using strategic reserves from Suleja, Minna, Gusau and Gombe.
This, he said, would help to service Abuja, Kano and Sokoto axis to feed the North-West, North-East.
Kachikwu said: “I have asked the Department of Petroleum Resources and Petroleum Products Pricing Regulatory Agency to ensure stricter sanctions on any station that refuses to abide by the rules.
“They need to take a firm action to ensure that we get quick results.’’
Kachikwu further assured that the market would be flooded with more products to cushion effects of over-subscription through Kaduna refinery production, adding that Port Harcourt was expected to start producing 2.1 million litres of petrol per day.
He said that it was expected that with the adopted strategies, the queues would “slide down’’ in one week.
On long-term strategy, he said that ultimate result would come when the refineries resumed optimal production.
The minister said that work would commence effectively in the refineries in January.
The Executive Secretary of the Department of Petroleum Resources, Modecai Ladan, said sanctions awaited filling stations found compromising the dispensing process, warning that the stations would be shut down or charged N275 per litre.
Ladan said that any station found hoarding products would either be sealed or its product auctioned or dispensed free-of-charge to consumers.
Ladan added that depending on the offence, defaulters may be shut down for six months or blacklisted.
The News Agency of Nigeria reports that a drive round Abuja metropolis and highways revealed that only a few filling stations were opened for operation, serving long queues.

Coronavirus: WHO advises countries to prepare for detection as death toll...