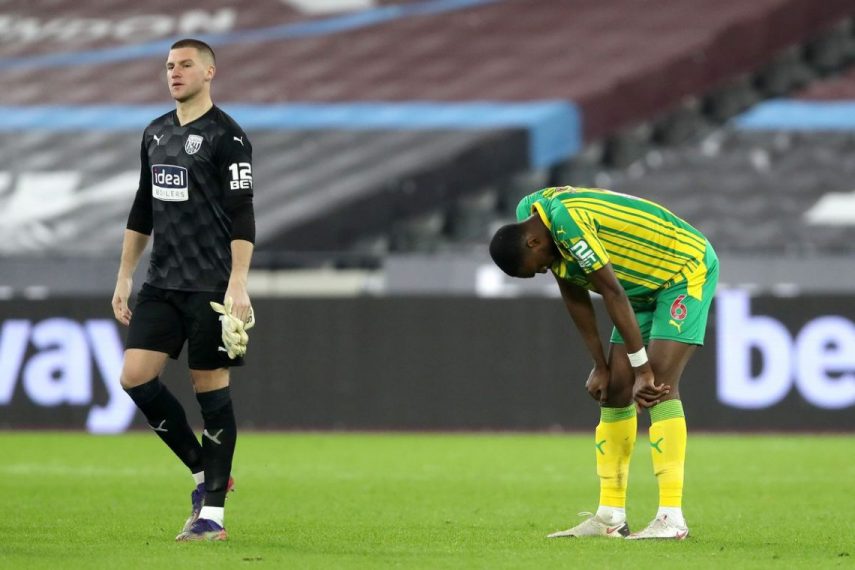 West Brom have been relegated from the Premier League after losing 3-1 at Arsenal.

Goals from Emile Smith-Rowe, Nicolas Pepe and Willian were enough to confirm the Baggies’ relegation from the top flight, despite another great showing from Matheus Pereira.

The Baggies secured promotion to the top flight last season under Slaven Bilic, but will return to the second tier in the next campaign after amassing just 26 points from 35 games so far, having seen the Croatian replaced by Sam Allardyce midway through the campaign.

Their result at Arsenal means that Albion join Sheffield United in heading to the Championship for the 2021/22 season.

The remaining relegation spot looks almost certain to be filled by Fulham, who themselves need a miraculous run of results to avoid the drop.

Albion had looked like sparking an unlikely survival run during April, beating Chelsea and Southampton as Allardyce got the side clicking, but results elsewhere worked against them, whilst defeat at Leicester coupled with a duo of derby draws against Aston Villa and Wolves put the club on the precipice of relegation.

Defeat at Arsenal has now confirmed their future, with questions now to be asked regarding the future of Allardyce alongside a number of key players.

Albion still have three games remaining this season, one of which will be played in front of home support – the only chance fans will get to see this current side in the top flight.

They take on Liverpool, before welcoming fans back for the clash with West Ham.

Their final game of the season will be at Elland Road, which will also have fans in attendance, taking on Leeds United.