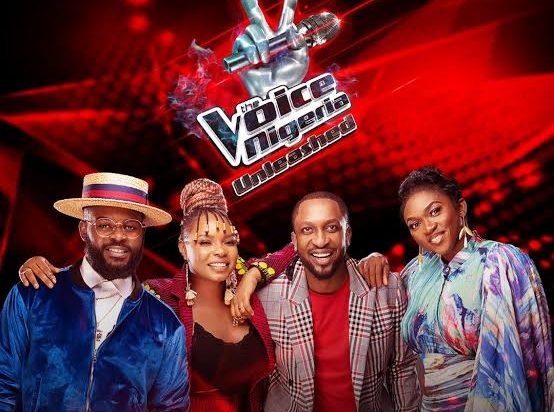 “The Voice Nigeria,” a talent show, has entered the battle field with 16 talents scaling through to the level.

The News Agency of Nigeria reports that the Week 11 of the reality show sees the talents in Waje’s and Falz’s teams slugging it out with their team members for a spot in the next round of the show, tagged: “Live show.”

Rachel, Esther, Jeremiah, Dapo, Ayomikun, Nuel Ayo, Inioluwa, Eazzie, Vanilla, Kitay, Naomi Mac, Peace, KPee, Tamara, Anu and Toscene are among those scheduled to slug it out on the Battlefield.

In this episode, the audience and fans vote to save their favourites in the game in order for them to win the prize.

One of the lead sponsors, First Bank Nigeria, has made its unique USSD Code 894 platform a verifiable avenue for the audience to vote in their favourite team to star prize.

Nancy Isime, Host of Voice Nigeria-Unleashed, announced a new twist to the show as Peace, Nuel Ayo, Ayomikun and Tamara were given one final chance to make it to the live show.

Isime said the viewers would decide who gets that one chance through voting as talents of coaches Darey and Yemi Alade prepare for the fiercer battle in the 12th week.

To bell the cat, Talents in Falz’s team – Dapo and Peace – went to the musical battlefield with their “soul” to perform Beyonce and Shatta Wale’s hit song, ‘Already’.

Dapo won the battle and strutted into the live show.

After their rendition, Eazzie went through to the live show, while Nuel Ayo ended his journey in the show.

Inioluwa and Ayomikun went head to head as the battle yet remained in sync, while performing DJ Neptune’s hit tune: “Nobody,” featuring Joeboy and Mr Eazi.

Waje was left in a fixed position as she settled for Inioluwa as the winner of the battle.

And the stage was set for one of the biggest performances of the night between Tamara and Naomi Mac.

The two talents under Falz’s care were tasked with performing Reekado Bank’s “Ladies and Gentlemen.”

The duo of Tamara and Naomi came on the stage to compete as the Lamba Girls ended up mesmerising the coaches who couldn’t help but stand on their feet to dance to the tunes from the two talents.

Though, only Naomi made it to the live show, the coaches couldn’t help but shower accolades on Tamara for the performance.

NAN reports that “The Voice Nigeria” music competition was launched in Nigeria in 2016.

It aims to discover and nurture new talents, offering them a credible platform to be at the forefront of music industry while preparing them for the global stage.