US signs MOU with NLNG to control malaria on Bonny Island 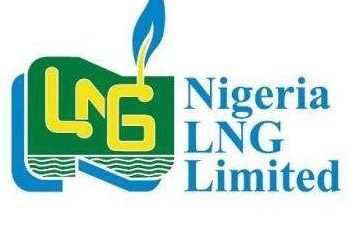 Nigeria LNG Limited (NLNG), a global producer of liquefied natural gas, on Tuesday signed a five-year Memorandum of Understanding (MOU) with two U.S. government development agencies to make Bonny Island malaria-free and achieve HIV epidemic control.  NLNG is based on the island just off the Atlantic coast in Rivers State.

Under the MOU, the United States through the President’s Malaria Initiative (PMI), will provide technical assistance to the NLNG-led Bonny Island Malaria Elimination Project. The partnership seeks to bring malaria deaths to zero in the community of 300,000 and make the island Nigeria’s first malaria-free zone.

In his remarks, Attah said, “We are ready to put Bonny Island on the map as one of the first malaria-free communities in Nigeria and a reference point in the global eradication of the disease.  Malaria has negatively impacted health in Nigeria, so it is time to change the narrative and be free from the economic burden of this scourge, so our resources can tackle other issues. We hope to set a precedent for the private sector in achieving the UN Sustainable Development Goals, which align with our vision of helping build a better Nigeria.”

Administered by the U.S. Agency for International Development (USAID), PMI works to reduce malaria-related mortality by 50 per cent across 24 developing countries through a rapid scale-up of proven and effective malaria prevention and treatment measures.  Two PMI activities already operate on Bonny Island.

The MOU also includes a partnership between NLNG and the U.S. Centers for Disease Control and Prevention (CDC) through the U.S. President’s Emergency Plan for AIDS Relief (PEPFAR) regarding support to the HIV/AIDS Surge Project, which focuses on control of HIV on Bonny Island.

The partnership will improve HIV case finding, access to antiretroviral treatment, diagnostic, and preventive services for those affected by HIV on the island.  The Surge Project is coordinated by the Institute of Human Virology Nigeria in Rivers State.

“Reducing the burden of malaria and HIV/AIDS on Bonny Island are goals now within our reach,” Ambassador Leonard said at the ceremony.  “This partnership moves us closer to achieving those goals. I commend the efforts of NLNG to meet its social responsibility in helping the economic climate of Bonny Island by improving the health of its residents.”

NLNG began the Bonny Malaria Elimination Project in 2019 as part of its vision to transform Bonny Island into a tourism and economic hub in the West African region. A malaria-free zone is key to attracting investments to the island, which will positively impact the socio-economic well-being of its residents, Attah said.