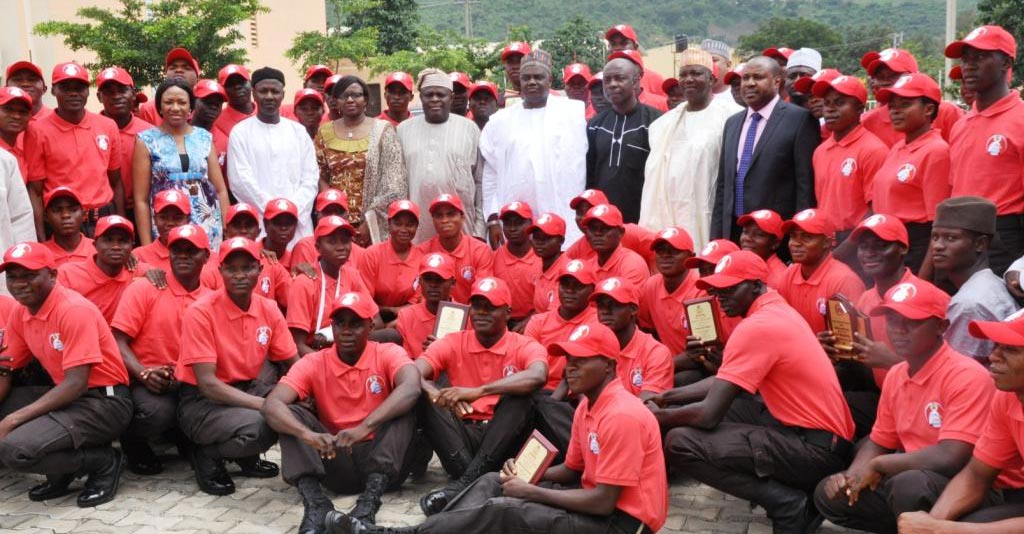 The Chairman of the Economic and Financial Crimes Commission, Ibrahim
Lamorde, on Friday charged the newly recruited operatives of the
Commission to uphold the tenet and core values of the Commission.
Lamorde said: “The agency that you are about to become a part of, is
not your regular government agency.
“If you have not gotten that in the past six months, then you do not
deserve to be here.
“We do not entertain or manage second-bests here.
“If there is any bar set in the public service for professionalism,
EFCC surpasses it and if there is any bar set for integrity, EFCC
easily scales it.
“Therefore, professionalism, integrity and discipline must be your
watchwords at all times.”
The Detective Assistant Cadet Course made up of 62 officers is the
first set of operatives employed by the Commission at this level.
Lamorde added: “By this exercise, we are making an effort to tackle
some potential vulnerability inherent in the Commission’s current
personnel structure.
“We are attempting to fill a vacuum in our guard and security detail
personnel, which is presently being filled by gallant men of the
Nigeria Police Mobile Force.
“It is hoped that following the intensive training and the years of
mentorship that will follow in the field, these young men and women
would form the resilient foundation of a corps of EFCC guard and
personnel security that would not only do the Commission but the
nation proud.”
The EFCC boss, who congratulated the operatives for their success,
commended the Commandant of the EFCC Academy and his team for
successfully leading the operatives through training.
He said: “I am impressed by the rapid transformation of many of those
passing out today, as attested to at various time in the course of
their training within this Academy and by the assessment of some of
the agencies where certain aspects of the intensive training were
conducted.”
Ayo Olowonihi, the Commandant of the Academy, thanked the chairman of
the Commission for his effort in making sure the programme was a
success.
According to Olowonihi, the journey, which began on the January 3,
2013, with 67 young cadets, has come to an end with 62 of them
successfully completing the course.
The best cadet, Basi Barika Victor Essien, thanked the Commission for
the opportunity given to him to serve the nation, admitting that the
training was not easy.
“I am grateful to God that we are passing out today,” he said.