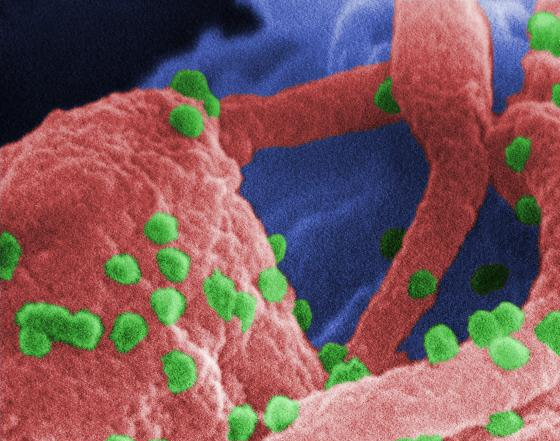 The UN said on Wednesday that the number of people receiving antiretroviral treatment in Africa had increased from less than one million to 7.1 million in the last seven years.
This was contained in a UN report entitled: “Update”, signed by Michel Sidibe, the Executive Director of the Joint UN Programme on HIV and AIDS, which was released on Tuesday.
The report was released to coincide with the opening of the African Union’s 21st summit in Addis Ababa.
The report said: “Africa has been relentless in its quest to turn the AIDS epidemic around.
“As we celebrate 50 years of African unity, let us also celebrate the achievements Africa has made in responding to HIV and recommit to pushing forward so that future generations can grow up free from AIDS.”
According to the report, antiretroviral treatment increased from less than one million in 2005 to 7.1 million in 2012, with nearly one million added in the last year alone.
The report said AIDS-related deaths were also reduced by 32 per cent from 2005 to 2011.
It attributed the success of the HIV/AIDS programme to strong leadership and shared responsibility in Africa and among the global community.
The report also called for sustained commitment to ensure that Africa achieved zero new HIV infections, discrimination and AIDS-related deaths.
It stated that 16 countries now ensure that more than three-quarter of pregnant women living with HIV received anti-retroviral medicine to prevent transmission to their child.
The report listed some of the countries as Botswana, Ghana, Gambia, Gabon, Mauritius, Mozambique, Namibia, Rwanda, Sao Tomé and Principe, Seychelles, Sierra Leone, South Africa, Swaziland, Tanzania, Zambia, and Zimbabwe.
It said that in spite of positive trends, Africa continued to be more affected by HIV than any other region of the world, accounting for 69 per cent of people living with HIV globally.
The report noted that in 2011, there were still 1.8 million new HIV infections across the continent, adding that 1.2 million people died of AIDS-related illnesses.
Sidibe, however, said that sustained attention to the AIDS response post-2015 would enhance progress on other global health priorities.
She identified five lessons in the AIDS response that would improve the world’s approach to global health.
The lessons are: focusing on people not diseases, leveraging the strength of culture and communities and building strong accountable global heath institutions.
The rest are: mobilising both domestic and international financial commitments and elevating health as a force for social transformation.