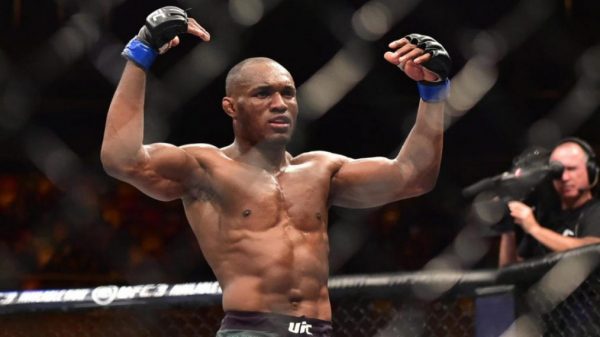 UFC welterweight champion Kamaru Usman has called out Conor McGregor and Jorge Masvidal, stating that both fighters have opted against challenging him for his belt.

Usman, who owns a 16-1 record, said he has been ready to defend his title since April.

He had previously been expected to fight Masvidal, but the No. 2 ranked welterweight fighter has instead expressed interest in a rematch with Nate Diaz recently.

Usman said if Masvidal won’t fight him, he’ll ask the UFC for a matchup against McGregor, who defeated Donald Cerrone in a welterweight bout in January.

“This is what I have to say: Both [McGregor and Masvidal],” Usman said. “Both guys are champions of Twitter, talking s— on Twitter. In the history [of MMA], who has ever said no to a title shot? I’m that guy. I’m the boogeyman who these guys are saying no to a title shot against. And they better remain quiet.

“Jorge Masvidal, you had an opportunity on April 18, May 9, June and now July. You want to fight Nate – a fight that wasn’t even competitive. And Conor, you said you wanted to be the king of the 170-pound division. Now you’re quiet. So you know what? Just remain quiet. I’ve given both of you a shot, and none of you have taken it.”

Usman added that he would be willing to agree to keep the fight as a stand-up contest for the first two rounds of the five in order to entice McGregor.

The 33-year-old Usman defeated Colby Covington in December for his first successful title defence since taking the belt from Tyron Woodley last March.