The dilemma over grazing laws, by Eric Teniola 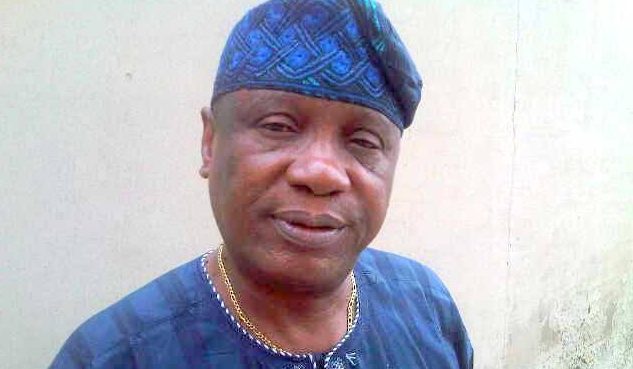 President Muhammadu Buhari has often referred to the gazette which published the grazing laws in Nigeria. In his television interview to mark his 6th anniversary in power, he made reference to the so-called gazette.  The President was echoing what his Chief of Staff, Professor Ibrahim Gambari said on April 1, 2018 when he was the Chancellor of the Kwara State University in Ilorin. On that day, Professor Gambari referred to existing laws on grazing and that the major problem facing us now is the non-implementation of the grazing laws as contained in the gazette. My understanding is that both the President and his Chief of Staff were equating the laws of Northern Nigeria on grazing as if they were laws passed by the central government. The grazing laws which the two men referred to were passed into a decree by the then Premier of Northern Nigeria, Sir Ahmadu Bello, the Sardauna of Sokoto. The laws were not operative in the West, Mid-West and Eastern regions.

According to Dr. Ismaila Iro, grazing reserves in Nigeria started during the pre-colonial era. Although formally introduced by the British, grazing reserves were demarcated by the Fulani who conquered and ruled Northern Nigeria. The attempt by the British in 1940 to separate the grazing land from the farm land, however, faltered because the Europeans imposed land use controls divorced from economic and demographic dynamics in the pastoral system. Formal grazing reserves in Nigeria started accidentally in the 1950s when Hamisu Kano, working with pastoralists on livestock vaccination, foresaw the shortages of grazing land in Northern Nigeria. Supported by the government, he initiated the grazing reserve scheme from the abandoned government resettlement schemes (Fulani Settlement Scheme). The resettlement schemes collapsed because the government had neither the financial nor the managerial ability to continue with the financially burdensome scheme, and the best alternative use of the land, the government thought, was to convert it into grazing reserves that were less financially committed. Grazing reserve hatched in 1954 after a study of the Fulani production system contained in the “Fulani Amenities Proposal.” The proposal suggested the creation of grazing reserves, the improvement of Fulani welfare, and the transformation of the herd management system. By 1964, the government had gazetted about 6.4 million hectares of the forest reserve, ninety-eight percent in the savanna. Sokoto Province had twenty-one percent of the land, followed by Kabba, Bauchi, Zaria, Ilorin, and Katsina, with 11-15 percent each. The Wase, Zamfara, and Udubo reserves followed in succession.

In 1965, the Northern Nigerian Government incorporated the Fulani Amenities Proposal into the Grazing Reserve Law. Before the enactment of the Grazing Reserve Law of the Northern Nigeria, the pastoral Fulani relied on the goodwill of the farmers, who conferred upon themselves the lordliness of occupied and unoccupied land. Because interpersonal and kinship affiliations governed the dispensation of land, the Fulani worried about being evicted from the land when their relationship with the hosts become strained. The planners, however, applied a top-down approach that excluded the Fulani from formulating and implementing this well-intentioned program. Accordingly, the Fulani gave less than the expected cooperation in the scheme. Professor Gambari coming from Kwara state had in mind, the Kwara state grazing laws that were in existence years ago. In an article by Professor Ade Olomola, he said the grazing law in Kwara state was in operation only in Kwara state. According to him, the main focus of the settlement policy is the development of grazing reserves in the state. The objectives of the policy are (i) to provide feed and water for pastoralists on a year round basis, (ii) to eliminate nomadism, improve cattle production and raise the living standard of pastoralists, (iii) to ensure efficient use and protection of environmental resources and (iv) to prevent or minimize incessant clashes between herders and farmers which often result in bloodshed and loss of life. The procedures involved in the implementation of the policy include land acquisition, demarcation, surveying, gazetting of grazing reserve, development of grazing reserve and settlement of pastoralists. The following are the grazing reserves at various stages of acquisition in Kwara State. They are Nweri, Kinikini, Gidan Magajia, Moli, Wuru, Okuta , Olodan, Igbaja, Alapa, Babanla, Chita, Lata, Oro, Sharagi, Shao, Kaiama and Omi-Eran (LSC)

The Gidan Magajia is one of the two grazing reserves that have been gazetted in the state. It is the largest in the state and the focus of attention. Two implementation committees were set up for the purpose of development and management of the reserve as well as settlement of pastoralists. They are the policy committee at the state level and grazing reserve management committee at the local government level. The former is charged with the responsibility of formulating and defining development policy and ensuring that the management committee is provided with the means to achieve management objectives. The latter is to advise and assist on matters affecting the settlers on a day-to-day basis as well as identifying settlers for the reserve. The Order setting up the reserve stipulates that it should be maintained through proper grazing management and improvement activities such as water development, fodder conservation plan, range reseeding and fertilization, control of undesirable weeds and fire tracing. Other development activities include construction of earth dams, boreholes and wells to provide watering facilities, construction of roads, office and residential quarters, establishment of livestock services centre and pasture development. Moreover, efforts are to be made to ensure that the highest possible level of productivity is achieved without endangering the reserve. To this end the government stipulates that soil and water conservation and other erosion control methods should be used to prevent degradation, desertification and overgrazing, and to maintain the carrying capacity of the reserve. Both the Federal and Kwara state governments are supposed to play active part in the development of the grazing reserve. The Federal government is to be involved in the provision of infrastructure such as dams, roads and means of transport for range guards through the agency of the National Livestock Projects Division (NLPD). The Kwara state government has the responsibility to acquire the land following stipulated legal procedures and provide staff for the management of the reserve. As at 1992, five government officials consisting of a project officer, a veterinary assistant, two range guards and a security guard were operating in the reserve.

In short the Central government did not enact any grazing law. The best the Central Government has done was the promulgation of National Commission for Nomadic Education, Decree 25, 1989 and National Commission for Mass Literacy, Adult and Non-formal Education, Decree 17, 1990. These two decrees were promulgated by General Ibrahim Babangida (rtd.) The Minister of Education at that time was Professor Babatunde Aliu Fafunwa (23 September 1923 – 11 October 2010). All the military governors at that time were ordered by General Babangida to launch it in their states. I remember at that time there were public outcries about the decree that they favoured the Fulani people. I think it was the best thing at that time that the Central Government ever did for the Fulani people. The Commission devised a series of innovative approaches and strategies. The broad goals of Nomadic Education Programme are: To integrate nomads into national life through relevant, qualitative and basic functional education and to raise both the productive and income levels of nomads, as well as boost the national economy through improved knowledge, skills and practices of nomads. The NCNE’s mandate includes, among other things, the following function: formulate policy and issue guidelines in all matters relating to nomadic education in Nigeria; provide funds for: the research and personnel development for the improvement of nomadic education in Nigeria, the development of programmes on nomadic education and the provision of equipment and other instructional materials, construction of classrooms and other facilities relating to nomadic education. Other mandates includes establishment, management and maintenance of primary schools in the settlements and grazing reserves carved out for nomadic people, to determine the standards of skills to be attained in nomadic schools, to arrange for effective monitoring and evaluation of activities of agencies concerned with nomadic education; to liaise and co-operate with other relevant ministries and agencies; to receive block grants and funds from the Federal Government or any agency authorized on that behalf and allocate same to nomadic school based on any formula approved by the Federal Executive Council; to act as an agency for chanelling all external aids to nomadic schools in Nigeria; to ensure effective inspection of nomadic education activities in Nigeria through the sections in the Federal and State Ministries of Education performing duties relating to nomadic education; to collate, analyse and publish information relating to nomadic education in Nigeria; and to undertake any other action desirable for the promotion of nomadic education. The objectives of the nomadic education programme are to: expose the nomadic child to the elementary forms of modern education; enable the nomadic child take part in the development of his immediate environment, in particular, and the country in general; make the nomadic child self-reliant to improve his living conditions, thus eliminating the hardships and constraints in his/her life; help him/her modernize his/her techniques of herdsmanship on animal management, fishing or farming as the case may be; assist the nomadic child develop rapidly and fully both physically and intellectually, to cope with the demands of the contemporary world; and develop the initiative of the nomadic child and stimulate in him/her scientific and analytical modes of thinking.

On November 22 last year, the Executive Secretary for Nomadic Education, Professor Bashir Usman said out of the estimated population of 9.4million nomads in Nigeria, 3.3 million are children of school age. The participation of the nomads in the existing formal and non-formal education programmes is abysmally low, with a literacy rate ranging between 0.2 % and 2.9%.