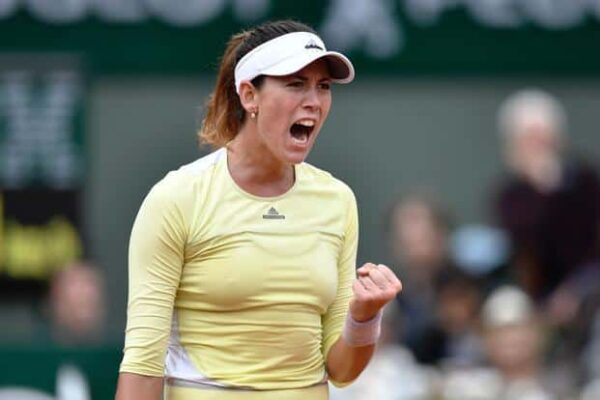 Former World No 1 Garbine Muguruza has split with coach Sam Sumyk, following an underwhelming season on the WTA Tour and a shock Wimbledon exit.
Muguruza, 25, was knocked out of Wimbledon in the first round last week with a straight-sets defeat to unseeded Beatriz Haddad Maia, two years after winning the women’s singles trophy at the All England Club.
The two-time Grand Slam champion revealed the split on Twitter on Tuesday.
“Few words to announce the end of an extraordinary ride. 2 Grand Slams and World No 1. Beyond grateful for these last 4 years. Merci Sam.”
Sumyk formerly coached another former No 1 in Victoria Azarenka, as well as Canada’s Eugenie Bouchard.
Muguruza hired the Frenchman in 2015 and would win the French Open that same year.
While the Spaniard was crowned champion in Monterrey in April, her ranking has dropped noticeably over the last twelve months. She entered Wimbledon this year as 26th seed.