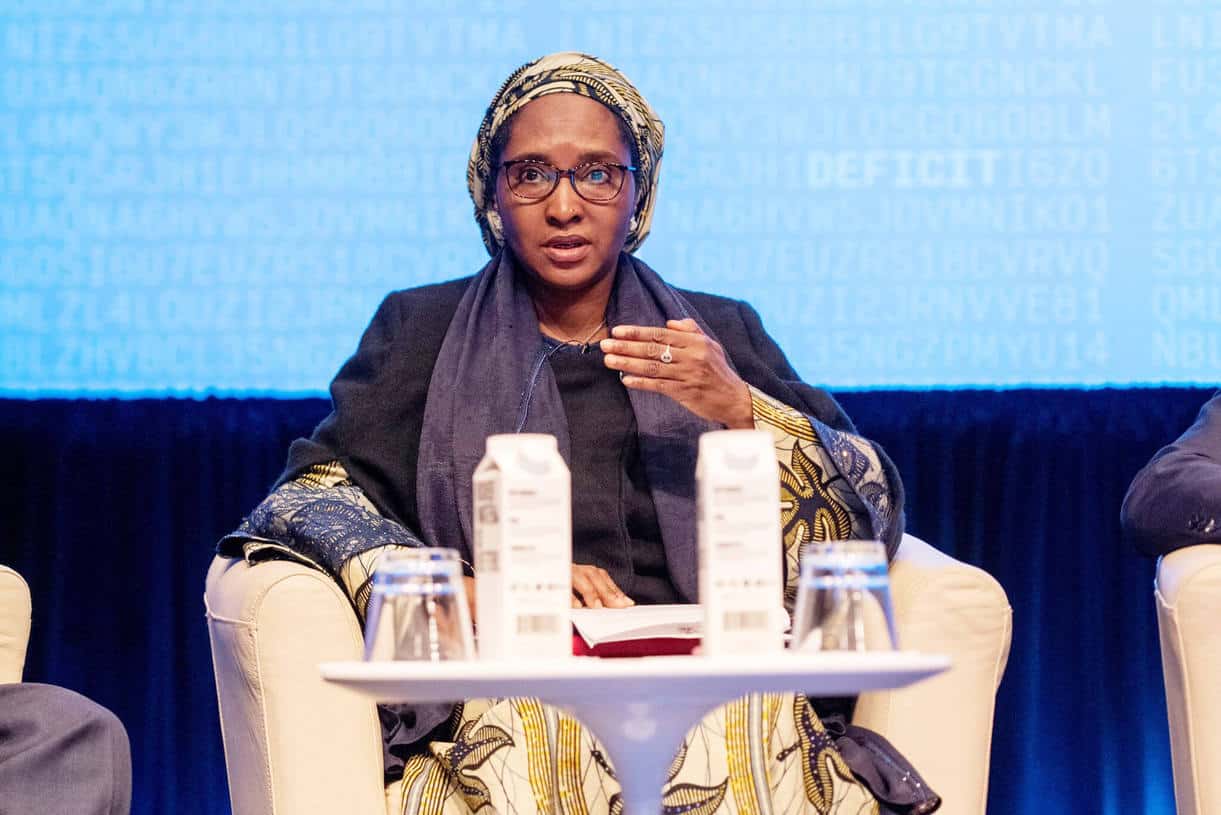 The Minister of Finance, Budget and National Planning, Zainab Ahmed, on Thursday said there were debts owed by states and government enterprises that had not been captured.
Ahmed made this known during a panel discussion on Debt Transparency at the ongoing World Bank/IMF Annual Meetings in Washington, United States.
This revelation is coming two days after the Debt Management Office put the nation’s total public debt at N25.7 trillion as at June 30.
The minister disclosed plans by the government to produce a more comprehensive debt database with emphasis on providing detailed breakdown of projects related to borrowings.
Ahmed said: “Going forward, we want to scan the environment and have a good database of all the debts that government owes, whether at the sovereign or subnational level.
“Also, we are trying to capture debts of the state-owned enterprises, and debts we owe local creditors.
“We want to be able to show more clearly debts that are related to specific projects like debts that we owe to countries like China.
“Right now, they are reported as part of the public debt but there is no detailed drill down to show the projects tied to them.”
Ahmed said the move was partly in response to increasing demand from the civil society and the Nigerian public for more transparency in the system.
She, however, enumerated measures currently in place to ensure transparency in government’s borrowing and debt management.
The minister explained that all government borrowings were subject to legislative approval conducted in a transparent manner.
She added: “Nigeria also publishes quarterly data (sovereign and sub-national) as well as the composition of external and domestic debt.
“In addition, it publishes its Debt Management Strategy, Debt Sustainability Analysis and National Debt Management Framework, and all these are available at the DMO website.”
Ahmed highlighted the benefits of transparency in the system to include helping local and foreign investors, and multilateral and bilateral creditors with their investment and lending decisions.
The Federal Government, according to the Minister, is also undertaking a major programme to assist states with grants and technical assistance to strengthen their fiscal transparency, accountability and sustainability.
She said the government was embarking on the programme with the support of a $750 million World Bank financing using the bank’s Programme-for-Results instrument.
According to her, the initiative will also help benefitting states in debt reporting, domestic expenditure arrears management, and debt sustainability analyses.
Ahmed, however, noted that the support would be given based on the performance of beneficiaries in fiscal transparency and debt management practices.