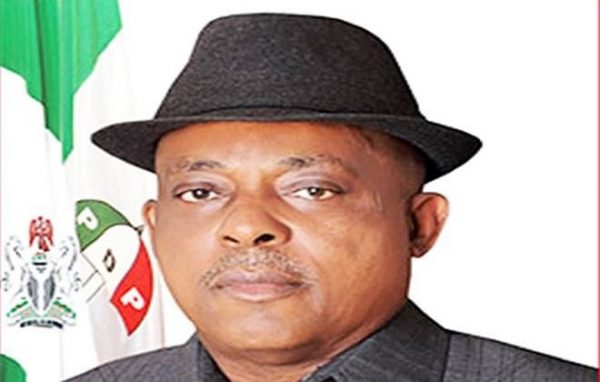 The Peoples Democratic Party says the continued invitation of the former Deputy Governor of the Central Bank of Nigeria, Dr. Obadiah Mailafia, by the Department of State Services is as dehumanising as it is embarrassing to his person.

The National Chairman of the PDP, Prince Uche Secondus, said this in a statement by his media aide, Ike Abonyi, in Abuja on Tuesday.

Secondus said the continuous invitation was disrespectful of Mailafia’s status and unmindful of his contributions to the development of the country.

He said he found the continued invitation as harassment of Mailafia who served Nigeria at such a high level and urged the DSS to accommodate dissenting views on issues.

He said the good ingredients of democracy included that citizens must be allowed to have their say on any issue.

Secondus noted that such invitation would discourage the people from airing their views on national issues.

He, however, said no amount of pressure would deter the people from expressing their feelings on national issues.