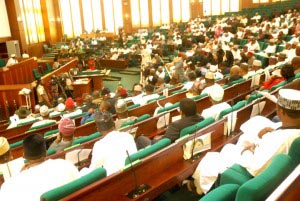 The Nigerian Young Journalists Forum has approached the National Assembly under the Freedom of Information Act to declare salaries and allowances of its members in order of hierarchy.
The Forum, in a request letter dated July 17, 2013 and addressed to the Senate President and Chairman National Assembly, Senator John David Mark, and the Speaker, House of Representatives, Hon. Aminu Waziri Tambuwal, also demanded to know the total amount expended by both chambers from June 2011 to June 2013.
The letter, signed by the Forum’s National President, Ayodele Samuel, and General Secretary, Zacheaus Somorin, also requested for the statutory budgetary allocations and expenses of the federal legislative arm of government.
Also requested by the journalists Forum is the proof of compliance by members of National Assembly with statutory law on asset declaration by public officers.
The forum said the information is requested for proper media reportage on salaries and constituency votes of members of the National Assembly, which have been subject of public debates and misrepresentations in recent times.
The letter reads in part: “We are of firm conviction that disclosure of the requested information is in the public interest as it will contribute significantly to engendering trust and understanding between the National Assembly and the general public.
“As a forum we will continue to advocates for responsible journalistic engagement and committed to meaningful and constructive reportage with the view to investing our democracy with popular participation from all sectors of the public.”