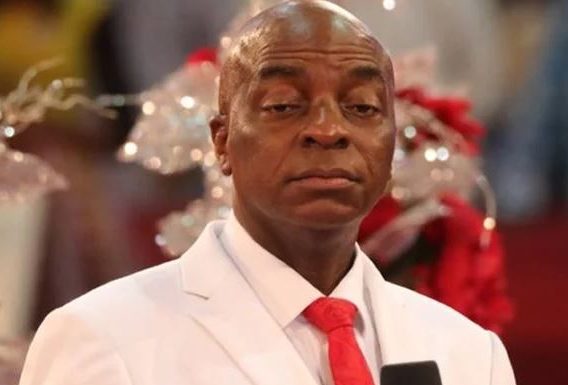 Founder and Senior Pastor of Living Faith Church Worldwide, aka Winners Chapel Worldwide, Bishop David Oyedepo, has responded to those asking him to use money generated from his churches to build a factory instead of a huge church auditorium.

This is coming not long after Oyedepo sacked about 40 pastors from his church for not being productive.

Recall that the The Eagle Online reported that the clergyman sacked the pastors from his church and he was criticised online for his decision.

In his earlier response, the clergyman said the pastors were sacked because they were ‘”unfruitful and blatant failures”.

While speaking in his church at Canaanland, Ota, Ogun State on Sunday, August 1, Oyedepo once again explained that the pastors were sent to rural churches with a task to win at least 12 souls a week and ensure that six come to church, but the pastors failed in their assignments.

He said: Rural church is going on.

“All the offerings from rural churches for the next 40 years cannot build what they are building for them.”

Oyedepo told the congregation: “I learnt some fellows were saying that it is because they do not have offering that is why we said they should go.

“It is because you are sick.

“You have been plucked out.

“We sent you to go to the villages to reach out to minimum of 12 souls in a week and ensure that a minimum of six of them come to church and then six months, you don’t have 10.

“You have the right to resign.

“We have the right to sack you.

Oyedepo also responded to those saying he should have used the monies used in building different churches to build factories for his members.

“Did they collect money from you?

“They should have built a factory.

“Do you budget for somebody’s resources?

“Keep quiet my friend and face your job.

“They enjoy hearing from me so I like speaking to them.”