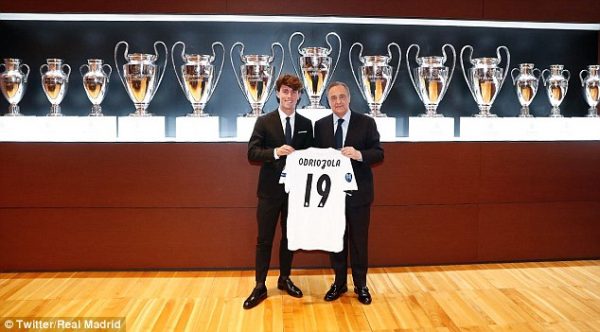 Spanish right back Alvaro Odriozola has joined Bayern Munich on loan from Real Madrid until the end of the season, the German champions said on Wednesday.
The former Real Sociedad defender, 24, joined Real Madrid in 2018 but has played only four La Liga matches this season.
“Following internal discussions, we agreed to follow the wishes of head coach Hansi Flick in strengthening the defence and decided to go for Alvaro Odriozola,” Bayern Munich chairman Karl-Heinz Rummenigge said in a statement.
“We are delighted about the signing and thank Real Madrid for the friendly and cooperative talks.”