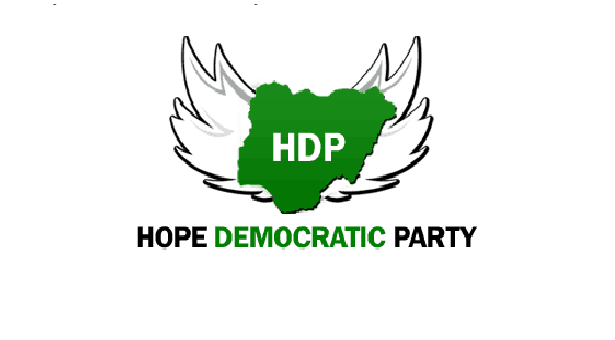 The Presidential Election Petition Tribunal on Thursday ordered the Hope Democratic Party and its presidential candidate, Albert Awuru, to open their case on July 22.

The five-member tribunal led by Justice Mohammed Garba, closed the pre-hearing session in respect of the petition filed by the HDP and Awuru.

Justice Garba unanimously dismissed an application by the petitioners to amend their list of witnesses and file additional statements on oath.

The petition, challenging the victory of President Muhammadu Buhari and his All Progressives Congress in the last presidential election is anchored on the grounds that the rescheduling of the poll from February 16, 2019 to February 23, 2019 was done “without any recognisable presence or existence and or compliance with prescribed statutory conditions to do so”.

They contended that with the rescheduling, the presidential election was deemed “abandoned self-sabotaged and relinquished”, “giving way for the people’s controlled affirmative referendum election” which they said, by 50 million votes, validated Awuru as the elected President.

The respondents to the petition are the Independent National Electoral Commission, President Muhammadu Buhari and the All Progressives Congress.

The tribunal on Thursday adjourned the case until July 22 after adopting the pre-hearing report which would guide the proceedings during the trial.

In the report read out at the directive of the court on Thursday, the petitioners were given two days to prove their case.

Each of the three respondents was also given two days to present their defence.

The tribunal gave five minutes for the re-examination of witnesses.

He also said the court under the provision of the Electoral Act, reserved the discretion to modify the report when necessary.

‎Earlier, in a ruling, the five-man tribunal unanimously held that the application by the petitioners seeking amendment of their list of witnesses and permission to file additional statements on oath lacked merit.

Delivering the lead ruling of the tribunal, Justice Garba held that the request by the petitioners, if granted, would amount to a substantial alteration and addition to their petition.

According to Justice Garba, the list of witnesses and statements on oath were integral part of an election petition which, by virtue of paragraph 14(1) of the First Schedule of the Electoral Act, could not be altered or added to after the expiration of the 21 days, within which a petition must be filed, from the date the results of the election were announced.

He said such request by the petitioners “has reached a dead end of the law beyond which it cannot go.”

The tribunal also dismissed another application by the petitioners which was titled as ‘Notice to contend’.