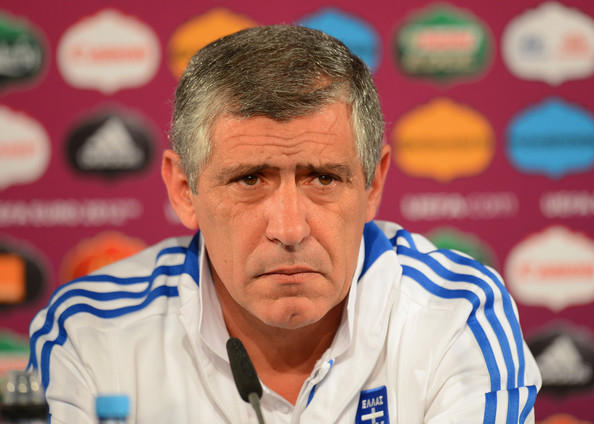 Portugal boss Fernando Santos will not leave his post before the World Cup play-offs next March, according to reports, despite his captain Cristiano Ronaldo being visibly furious with his manager after their dismal 2-1 loss to Serbia.

Their hopes of reaching Qatar next year now hang by a thread after blowing the chance to finish top of a relatively unchallenging group featuring Serbia, Ireland, Luxembourg and Azerbaijan – heaping pressure on Santos.

But the 67-year-old will not be going anywhere before the team have a chance to redeem themselves in the play-offs, claims Portuguese outlet A Bola, with their front page reading: “Fernando Santos Seguro,” meaning: “Safe.”

It added that the manager’s position “is not at risk” and that “he will guide Portugal in the play-offs”, saying that the Portuguese FA “maintain confidence in the coach to lead the national team to the World Cup”.

Meanwhile, another Portuguese paper Record suggests Santos’ methods are “outdated” and said his players are “tired” but also believe he will stay put.

Immediately after the full time whistle was blown against Serbia, Santos’ relationship with Ronaldo looked strained as he went to shake the Manchester United star’s hand, only for the star forward to fume at him.

He looked frustrated and animated – gesticulating furiously with his arms towards him, with Santos then walking past him to embrace other players.

The former Real Madrid and Juventus star then puts his hands on his hips before making his way towards the other players and the tunnel with his dejection still clear for all to see.

Santos was critical of his players after the defeat, claiming they “played with fear and anxiety”, risking the wrath of Ronaldo by insisting that Bernardo Silva was “the only one” who wanted the ball.

“It looked like it was going to be, but it wasn’t,” he said. “We scored the goal, we had the initial moments. But then we started to drop deep a lot.

“The players tried. But then we didn’t turn the game on. Every time we did, we created problems. But most of the time we couldn’t.

“Serbia were better. We tried. Our DNA is to have the ball on our feet and play. Bernardo Silva wanted the ball, but he was the only one.

“We played with fear and anxiety. It’s my responsibility.”

Portugal will discover their opponents for the two-legged draw in March on November 26.

They will be seeded for the draw, which will also feature Sweden, Wales, Czech Republic, Russia, Scotland, Armenia, North Macedonia and four other sides vying to reach Qatar.