Ahead of Thursday’s inauguration of the All Progressives Congress State Chairmen by the Buni-led Caretaker/Extraordinary Convention Planning Committee, there was a commotion at the party’s national secretariat, Abuja, as staff members were denied entrance into the premises.

Due to concerns over the unresolved crises in several state chapters of the party, the leadership, in anticipation of protests, deployed heavy security around the secretariat premises, including the environs.

On Wednesday night, the CECPC had issued a circular directing several Secretariat staff to work from home so as to manage the expected crowd today.

However, not every staff member received the memo as many of those who tried to resume their normal duties today were denied entry.

Although the security agents were civil in their search and screening exercise, human and vehicular movement is at a standstill.

Our Correspondent observed that not even the cheerful supporters of the soon-to-be inaugurated state executives were allowed anywhere near the Secretariat.

A security operative, who spoke to our correspondent, said the heightened presence is a response to the intel they had received about a plan to disrupt the inauguration, especially by disgruntled parties within the APC.

He said, “You know the kind of tension and crises the congresses that produced the state executives have been generating. If the national leadership didn’t take these security measures, there could be breakdown of law and order with some of the disgruntled factions coming here to protest.” 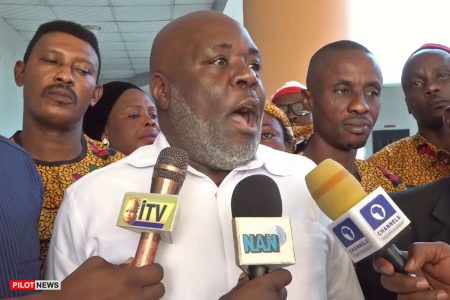 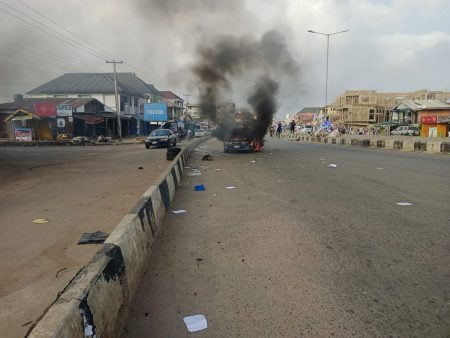 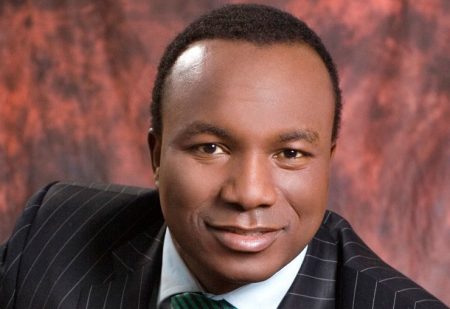