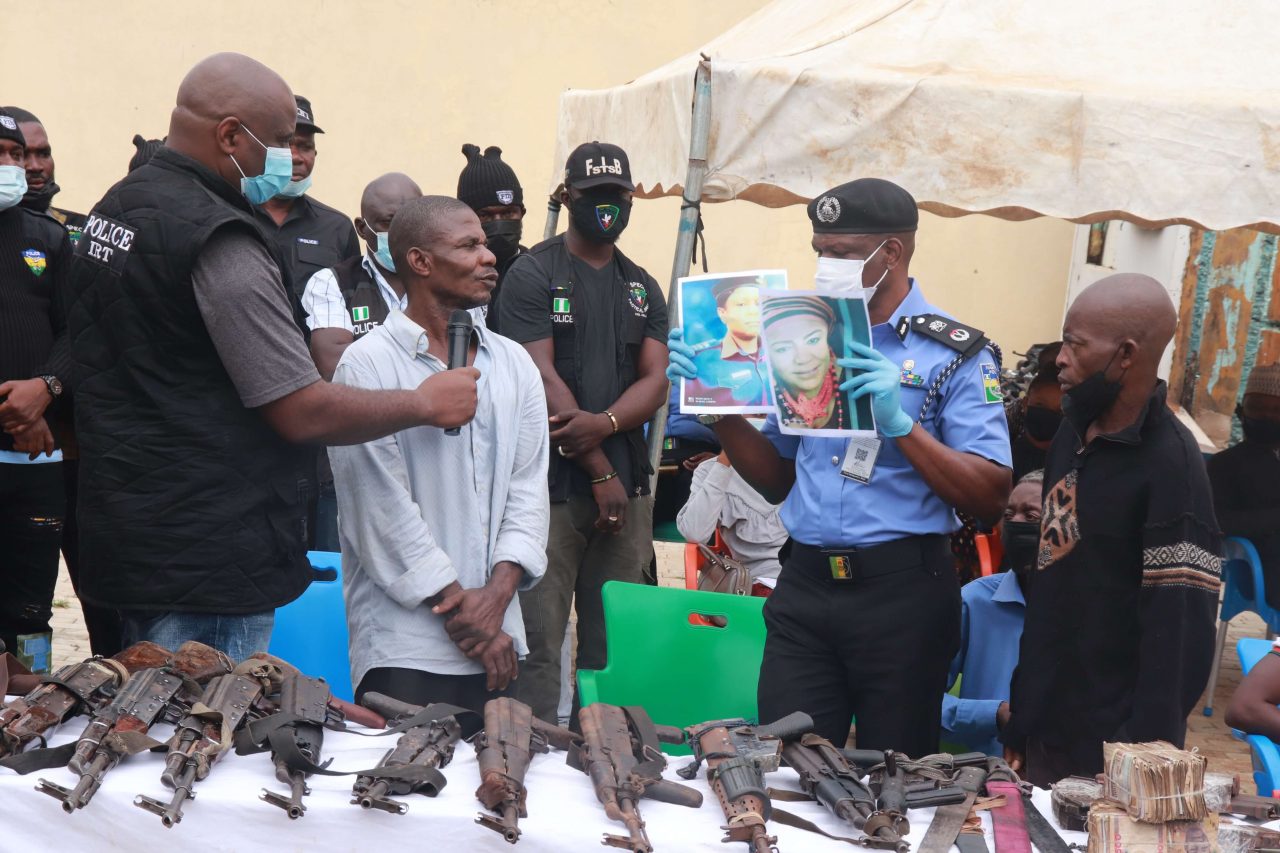 The Force Public Relations Officer, Frank Mba, disclosed this at a news briefing in Abuja on Wednesday.

He said the suspects, consisting 35 males and one female, had been clearly and evidentially linked to the offences alleged to have been committed.

Mba said that a total of 12 assorted weapons, made up of eight AK49 riffles, three AK47 riffles and one locally made weapon were recovered from the suspects during investigation. 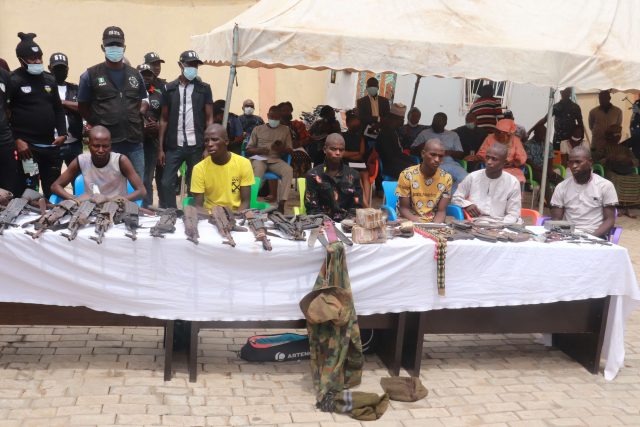 According to him, also recovered were 20 AK47 magazines, 346 rounds of AK47 ammunition, 24 rounds of live cartridges, a cash sum of N1.4 million and six cars.

Mba said the suspects involved in the murder of one Josephine Oche, a personnel of the Nigerian Security and Civil Defence Corps, were among those arrested.

He said Oche, 45, was in a relationship with one of the suspects, 54, who had professed love and promised to marry her.

He added: “In the course of the relationship, several financial transactions took place and it is believed that Oche had handed over a large chunk of money to her lover. 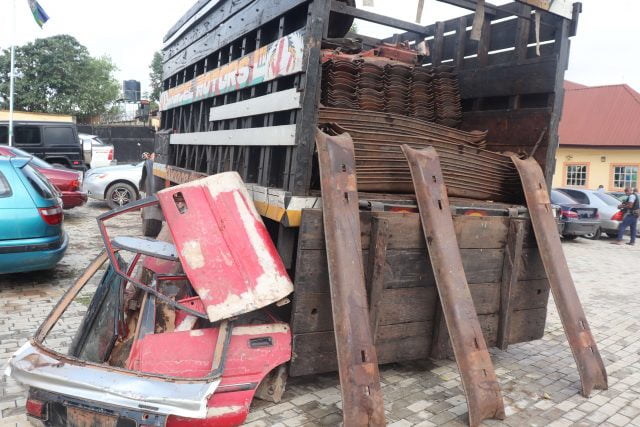 “Between December 19 and 20, 2019, Oche had visited her lover, who lured her to the house of a native doctor in Benue, where she was murdered.

“Her body was taken to a forest where she was buried in a shallow grave.”

Mba said that the deceased lover had promised to pay the native doctor N5 million out of the N14 million he collected from Oche. 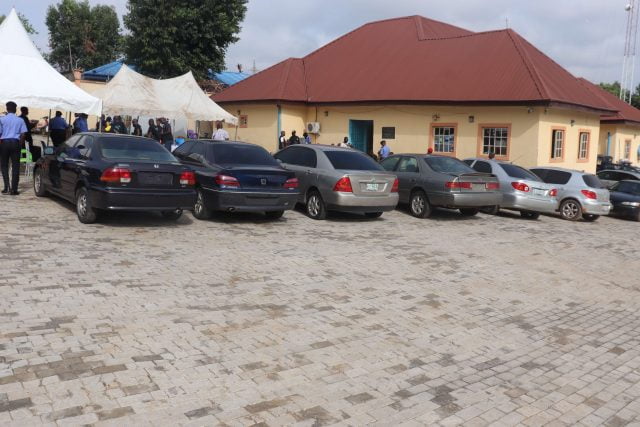 Mba said the decomposed body had been exhumed by the police for further investigation.

The FPRO also said a criminal syndicate involved in the vandalism of rail tracks was among the suspects arrested by the police.

Mba said three truck loads of rail tracks were recovered from the suspects, adding that the tracks were neatly removed and being conveyed to the end receivers in Cross River State.

He said the criminals were intercepted by operatives of the Police Special Tactical Squad.