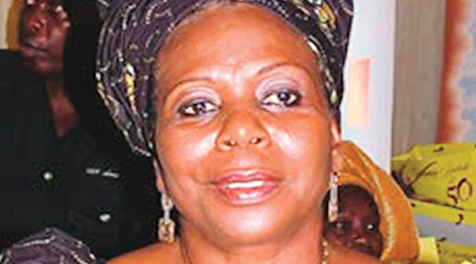 The Peoples Democratic Party caucus of Ekiti State lawmakers in the National Assembly said Governor Ayodele Fayose’ emergence as the PDP Governors’ Forum chairman was a new dawn for the party.
The lawmakers stated this in a statement by the member representing Ekiti South in the Senate, Biodun Olujimi, on Sunday in Abuja.
They congratulated the governor on the appointment and pledged their support to him.
Olujimi said: “Governor Fayose to us is a goal getter and we know he will go to places to carry his colleagues along in restoring hope to our great party.
“We salute Fayose on his new assignment aimed at rebuilding and rebranding the party ahead of the 2019 general elections.
“We also commend his colleagues for deeming it fit to push him forward for the enormous task of making PDP regain its lost glory.
“For those of us in the national assembly, we will always stand by him and pray for him in the new task before him, which we have no doubt that he will pursue to a logical conclusion.
“To the caucus, this is a new dawn for the PDP.”
Fayose was elected on Thursday night to take over from his Ondo state counterpart, Dr. Olusegun Mimiko, whose tenure as governor will end in February.