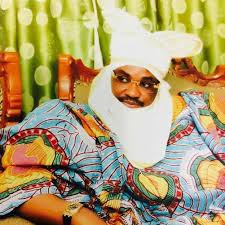 A chieftain of the Peoples Democratic Party in Kaduna State, Dr Ja’afaru Sa’ad, on Monday urged Governor Nasir El-Rufa’i to reinstate the more than 4,000 districts and ward heads recently sacked by the state government.
Sa’ad, who holds the traditional title of Galadiman Ruwan Zazzau, made the call in an interview with the News Agency of Nigeria in Kaduna on the recent crisis in Kasuwan Magani, Kajuru Local Government Area of the state.
According to him, the traditional rulers are key instruments in conflict resolution at local level, as such their sack by the governor has created a huge vacuum in the security architecture of the state.
Sa’ad said: “Our traditional leaders are closer to the people than the government, and the structure of the traditional system made it possible for disagreement to be resolved even at ward head’s level.”
Sa’ ad expressed the belief that the reinstatement of the sacked traditional rulers would help in averting crisis and attendant loss of lives and properties as witnessed in Kasuwan Magani.
The PDP chieftain, who is also a governorship aspirant under the party, urged the National Orientation Agency and other relevant state organs to intensify campaigns on peaceful coexistence among communities in the country.
He said that the Kasuwan Magani crisis, which led to huge human and material losses, was a clear indication that much needed to be done to reorient the psyche of Nigerians against any form of tribal or religious violence.
According to him, NOA and other relevant state organs must step up efforts to promote tolerance and mutual respect for religious and traditional beliefs and values in the country.
He said: “We are in a democratic system that guarantees freedom of religious practices and other fundamental human rights, as such, people needs to know their rights and how not to infringe on other persons rights.
“It is not healthy that we are still divided along religious lines, which push us to fight each other at the slightest provocation. This is not helping us as a nation and as a people.
“We must intensify awareness campaign on virtues such as forgiveness, tolerance and love, and learn to embrace dialogue whenever there is disagreement.”
Sa’ad also called for the creation of inter-religious forum at the community level to discuss issues affecting unity and conflict resolution.
He stressed that only dialogue would prevent physical lashes because of disagreements, adding that the absence of a forum for dialogue makes many multi-religious and multi-ethnic communities in the state vulnerable to conflicts.
He said: “Traditional, religious and youths leaders could meet from time to time to discuss and agree on matters affecting their mutual interests and forestall conflict.
“This is because conflict of whatever nature, usually takes religious dimension in this country with unimaginable consequences.”