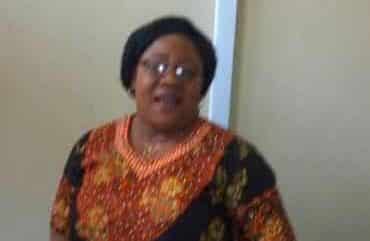 A Permanent Secretary with the Osun State Government, Olufunke Oluwakemi Kolawole, has been brutally murdered by suspected kidnappers.
The Permanent Secretary was waylaid by the kidnappers on the Okene-Abuja Expressway on Thursday.
A statement by the Head of Service, Sunday Olayinka Owoeye, confirmed the development.
Owoeye said in the statement: “On behalf of the Forum of Head of Service and Permanent Secretaries, Tutors-General, Accountant-General, Auditors-General and Surveyor-General, and with rude shock and a deep sense of loss, I hereby painfully announce the untimely death of Mrs. OLUFUNKE OLUWAKEMI KOLAWOLE who was brutally attacked by kidnappers while travelling along Okene – Abuja highway on her way to Abuja on Thursday, 13th July, 2017 for an official assignment. Until her death, Mrs. Kolawole was the Permanent Secretary, Bureau of General Services, Office of the Governor, State of Osun.
“The Forum commiserates with the families of the deceased, the entire public service and the State Government of Osun on this irreparable loss. Details of the burial programme shall be released as soon as they are announced by her family.”