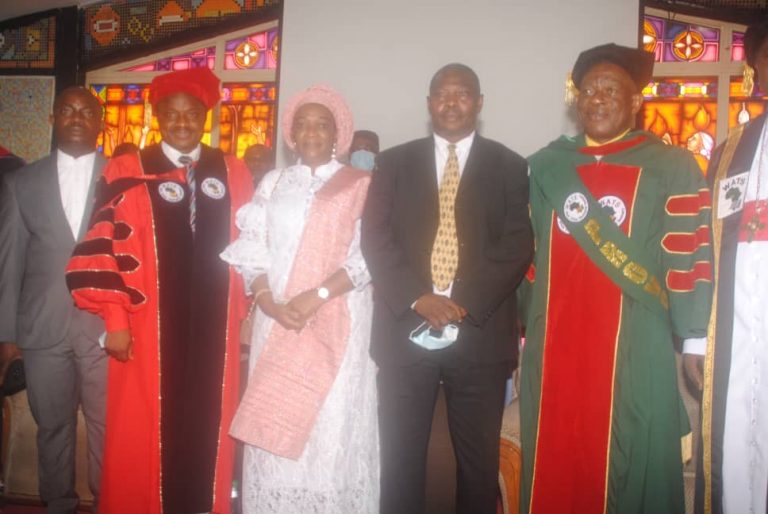 Deputy President of the Senate, Senator Ovie Omo-Agege, and the governor of Lagos State, Mr. Babajide Sanwo-Olu, have called for enhanced theological training for church leaders for the good of society.

Both leaders made the call at the 30th/31st convocation of the West Africa Theological Seminary on Saturday, September 11.

Omo-Agege, who was represented at the event by Felix Eshalomi, said it had become imperative for anybody who professes to be a follower of God to undergo theological education.

He wondered why some people believe they could serve the Lord without preparation, adding that the Lord (Jesus Christ) himself trained his disciples for three and half years.

The Deputy Senate President noted that there is a need for good Bible teachers and ministers.

He said, “The world is raising difficult questions. People have opened up to many things and life has become complicated. Atheism is growing and temptations and distractions are arriving from every direction.

“The gospel must be delivered honestly with simplicity. Its relevance must be demonstrated. We must address the issues that are driving people away from the Lord and meet them where they are, in the busy rush for their lives.

“We need Christian leaders in the world that are equipped.”

He stressed further that theological education is essential for the renewal and continuity of the Church and its leadership.

While noting that theological education has become a global enterprise, he said the rapid growth of Christianity calls for a parallel advancement in equipping leaders who can guide with wisdom in the coming decades.

In his submission, Governor Babajide Sanwo-Olu also underscored the importance of theological education.

Sanwo-Olu, who was represented at the event by the Permanent Secretary for Home Affairs, Mrs. Adetutu Ososanya, emphasized that theological education would help immensely in “shaping good leaders who will promote world peace and aid the achievement of our global vision and mission.”

While congratulating the graduating students of the institution, Sanwo-Olu implored the institution’s leadership and management to continue to inculcate in the students messages of love, kindness, tolerance, piety, peaceful co-existence, and harmonious relationship.

He assured the institution that the government would continue to provide a conducive environment for the practice of religious beliefs as well as encourage harmonious relationships among the different religious faithful.

The provost of the seminary, Pastor Oluwafemi Martins, highlighted many of the giant strides of the institution, while also calling on the authority to come to the aid of the seminary.

He talked about how the clinic in the seminary has been of immense help and support to the Ipaja, Lagos community.

He also touched on the academic excellence the school is noted for while noting that it has produced over 2000 graduates in the last 30 years of its existence.

About 200 students graduated from both the 2020 and 2021 sets of the institution. The school could not hold its graduation ceremony in 2020 because of COVID-19.

At the event, the General Overseer of the Mountain of Fire and Miracles Ministries, Dr. Daniel Olukoya, was conferred with the Sir Akanu Ibiam Award for outstanding leadership in cross-cultural missions.