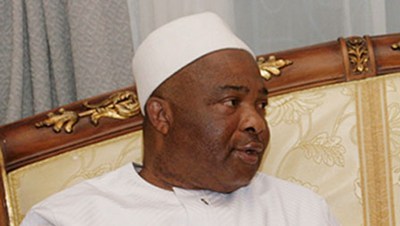 The Chairman of Southern Senators Forum, Senator Hope Uzodinma, has expressed optimism that addressing the issue of restructuring will guarantee national integration.
The lawmaker made this known at the two-day Southern Senators’ Retreat in Calabar, Cross River State on Friday.
The retreat, which was organised to discuss the issue of restructuring, has as its theme: “National Unity and Restructuring.”
Uzodinma said there was no better time than now for leaders across all strata of the economy to discuss the benefits of restructuring the economy and championing our various endeavours.
Uzodinma said: “I am sure that there is no doubt in anyone’s mind that the issue of restructuring has been on the front burner of national debates for some time now.
“However, opinions have been sharply divided on this subject. Some are concerned that national survival will be impaired if the current structures carrying our federation are not adjusted to assuage the fears of those who believe that it does not guarantee equity and justice.
“Others argue that the problem may not be with structural defects but with protracted poor leadership that alienated majority of the citizenry.
“In between these divides, there is palpable apprehension that restructuring can impact negatively on national cohesion if it is not well handled. This is the crux of the issue in the Southern Senators Forum.
“How do we ensure that restructuring did not derail national unity?.
“As legislators who swore to protect and defend the unity of our dear country, we must preserve it in a restructured arrangement.”
The lawmaker said the theme of the retreat was chosen because of its importance not only to the unity of the nation but national development in general.
Uzodinma pointed out that the forum painstakingly chose the resource persons for the retreat from among elder statesmen and other prominent Nigerians to allay the fears of some Nigerians on the issue of restructuring.
He said: “Let me reiterate that the purpose of our gathering is to consider in detail, the state of our dear nation.
“This is with specific reference to the calls for paradigm shift in the basic structures of our federation, either by devolution of powers or by restructuring.
“We are gathered here to collate opinions from eminent and deeply knowledgeable Nigerians on the imperatives of achieving the restructuring of our federation while maintaining and even deepening the foundations of national unity.
“We carefully selected high profile Nigerians from across the geographical divides of our dear country to speak on the all-important issue of national unity and restricting.”
Uzodinma expressed the hope that the papers that would be presented at the retreat would help to strike a balance between the sustenance of national unity and restructuring of the economy.