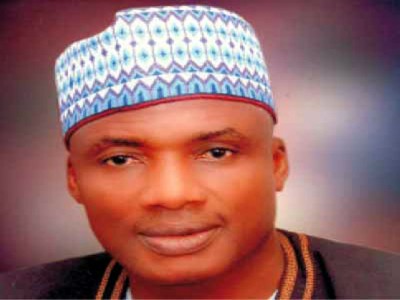 Al-hassan Yakmut, the Director General of the National Sports Commission, says Nigeria does not have a sustainable development programme in sports.
Yakmut spoke at the FCT Sports Writers Association of Nigeria Week, 2015 in Abuja on Saturday.
He said: “I am actually worried.
“I think the area that is worrisome is the entire sports system whereby we do not have a sustainable development programme.
“That is also measurable onto specifics like the situation where students finish primary school and cannot pass their exams to secondary school, secondary to tertiary institution.
“That makes your educational system suspect and that is exactly where we are in sports – where we do well at the youth level and we cannot mature to the senior category.”
On the Super Eagles’ away goalless first leg draw with Swaziland in the qualifiers for 2018 World Cup played on Friday, Yakmut said: “Football is a global culture in which no country should be underrated.
“I think it is a good take off.
“It is better than losing and since it is an away match, it gives room to correct your mistake and get it right in the second leg.
“Just like I have always told people that football is a global culture now, you do not underrate any country.
“It is soccer.
“That is why in the several editions of the World Cup, they do not care about England where football originated from.
“So, it is expected that any country that wants to go into the technical business in participating in football tournament has to take all aspects of the preparation seriously.”
Earlier, Kayode Adeniyi, the Chairman of SWAN in the FCT, had said: “We are having our seminar on Wednesday and there would be a Gala Night where we will honour our members who have distinguished themselves in the profession.”
Adeniyi thanked Yakmut for attending the event and members of the association for the large turn-out for the Walk and Jogging.
NAN.