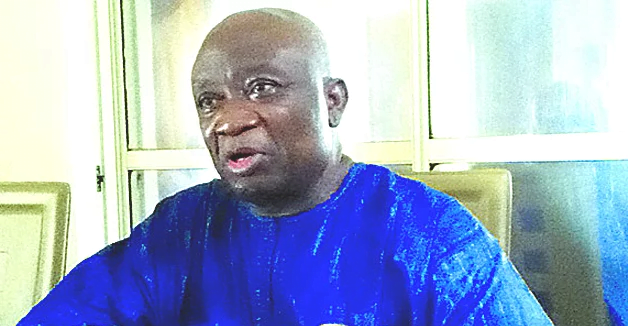 The Nigeria LNG Limited, sponsor of The Nigeria Prize for Literature, has expressed shock and sadness over the loss of one of the Prize’s Advisory Board members, Prof. Jerry Agada, who died on December 22, 2020, in Makurdi, Benue State.

The NLNG’s condolence message was contained in a statement by its General Manager, External Relations and Sustainable Development, Eyono Fatayi-Williams, on Thursday.

The statement said: “The late Professor Agada joined the Advisory Board in 2011 where he contributed significantly to the development of The Nigeria Prize for Literature into a global brand and one of the most prestigious prizes in Africa.

“The late professor was a well-rounded professional who stood by the excellence and integrity of the Prize, and who animated deliberations with his witty remarks. He will be sorely missed by the Prize’s Board and secretariat.

“NLNG extends its condolence to the family of the late professor and the literature community in Nigeria and prays for their fortitude to bear the irreparable loss.

“Before then, he was President of the Association of Nigerian Authors (ANA) and patron of its branch in Benue State. He was the Vice-Chairman of Fidei Polytechnic, Gboko and former Minister of State for Education of the Federal Republic of Nigeria.

“May his soul rest in peace.”