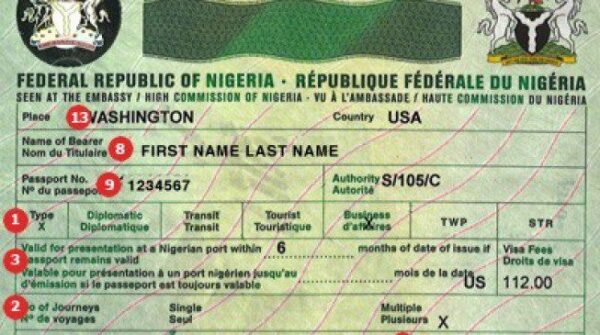 The Comptroller-General, Nigeria Immigration Service, Muhammad Babandede, has effected change in visa fee to $160 for American citizens as directed by the Minister of Interior, Ogbeni Rauf Aregbesola.
This, Babandede said, was with effect from August 29.
NIS spokesman, Sunday James, made this known in a statement in Abuja on Thursday.
The News Agency of Nigeria reports that the minister had on Wednesday approved reduction in Visa charges payable by US citizens.
This, he said, was in line with the reciprocity policy as recommended by a committee set up to conduct due diligence.
Babandede said the change had been effected in the NIS portal and all diplomatic and Consular Missions were advised to comply with immediate effect.
He said the minister exercised the powers conferred on him in Section 30 subsection (1) of the Immigration Act, 2015.
NAN also reports that the US had earlier complained that its citizens were paying high fees to secure Nigerian visas.
Before the introduction of the reciprocity fee, US citizens paid average of $180 to secure Nigerian visas.
The embassy said since early 2018, the US Government had engaged the Nigerian Government on changing the fees charged to American citizens for certain visa categories.