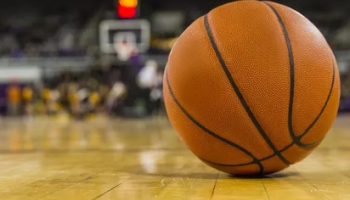 The Basketball Africa League at the weekend announced the 12 club teams from 12 African countries that will compete in the league’s inaugural season, which will tip-off March 13 at the Dakar Arena in Dakar, Senegal.
The announcement was made by BAL President Amadou Gallo Fall at the NBA All-Star 2020 Africa Luncheon in Chicago, in the presence of FIBA Secretary General Andreas Zagklis, NBPA Executive Director Michele Roberts, Retired General Martin E. Dempsey, NBA Commissioner Adam Silver, FIBA President Hamane Niang, FIBA Africa and BAL Board President Anibal Manave, FIBA Africa Executive Director Alphonse Bilé, amongst other influential figures in the NBA past and present.
“This is a historic moment as we welcome the 12 teams that will participate in our inaugural season,” said BAL President Amadou Gallo Fall.
“These teams have earned the opportunity to represent their respective countries and will establish the BAL as a world-class product that entertains fans of all ages when the season tips off March 13.”
Champions from national leagues in six countries – Angola, Egypt, Morocco, Nigeria, Senegal and Tunisia – were guaranteed representation in the inaugural BAL season.
The remaining six teams, which come from Algeria, Cameroon, Madagascar, Mali, Mozambique and Rwanda, secured their participation through BAL qualifying tournaments conducted by FIBA Africa across the continent in late 2019.
NIKE and Jordan Brand, the BAL’s exclusive on-court outfitter, also unveiled the official BAL uniforms.
NIKE and Jordan Brand will outfit the league’s 12 teams with official game uniforms, warm up apparel, socks and practice gear, with six teams featured in NIKE and the other six teams in Jordan Brand.
The collaboration with NIKE and Jordan Brand marks the BAL’s first partnership.
The inaugural BAL regular season will take place in Cairo (Egypt), Dakar (Senegal), Lagos (Nigeria), Luanda (Angola), Monastir (Tunisia) and Salé (Morocco). Kigali (Rwanda) will host the first-ever BAL Playoffs and Finals.
The BAL will debut with 12 club teams from across Africa divided into two conferences, with each conference playing in three cities.
Each team will play five games in the regular season, facing every team in its conference once.
The top four teams in each conference will qualify for the single-elimination playoffs in Kigali, Rwanda.