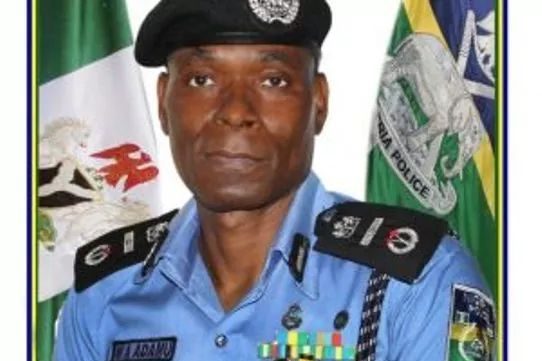 Mohammed Adamu, the new acting Inspector-General of Police, on Tuesday assumed office as the 20th indigenous I-G.
A statement by the Force Spokesman, acting DCP Jimoh Moshood on Tuesday in Abuja, said Adamu assumed office immediately he was decorated by President Muhammadu Buhari.
Adamu, who hails from Lafia in Nasarawa state, has a B.Sc degree in geography and enlisted into the force on February 1, 1986.
He attended several senior officer courses on law enforcement, crime prevention, control and management.
Before his current appointment, he was a directing staff at the National Institute for Police and Strategic Studies in Kuru, Plateau.
He also served as Commissioner of Police in Ekiti and Enugu states and an Assistant Inspector-General of Police in charge of zone 5, Police Command headquarters in Benin.
Earlier in a statement, Moshood said the out gone I-G, Ibrahim Idris enjoined personnel of the force to support his successor.
Moshood said Buhari had directed Idris to hand over to Assistant Inspector General of Police, Adamu.
He said that Idris thanked Buhari for giving him the opportunity to serve in his administration.
The spokesman said Idris also expressed gratitude to Nigerians for the cooperation and support accorded him and his personnel.
The News Agency of Nigeria reports that Idris retired on Tuesday at the age of 60 as required by law.