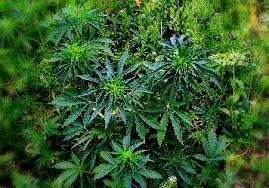 The National Drug Law Enforcement Agency on Saturday said that it arrested an undergraduate with two parcels of cannabis weighing 1.745kg.
In a statement signed by its Head of Public Affairs, Mitchel Ofoyeju, the NDLEA said that the suspect was arrested at the Murtala Mohammed International Airport, Ikeja, Lagos State.
The statement was made available to the News Agency of Nigeria in Lagos.
The NDLEA said that the 20-year-old suspect imported the banned drug with his school fees.
It said that the suspect also bought a cell phone for N107,000 with the school fees in the belief that he would pay his tuition with profit from the sale of the cannabis.
The agency said that the suspect was found in possession of the drug during the inward screening of passengers on an Africa World Airline flight from Accra.
The statement added: “The drug was hidden inside a bag containing his personal effects.
“He was immediately arrested.
“The case is under investigation.”