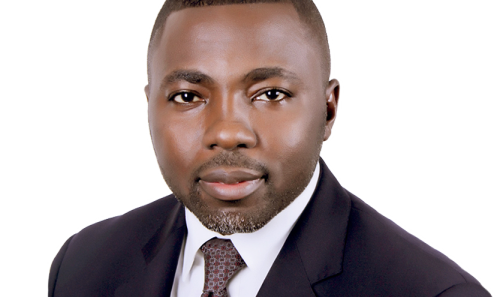 For a long time, Nigerians have not heard uproar from amongst lawyers in the country but as it is standing now, there is going to be a high decibel of protest, most likely, law suits, in the forthcoming election into the Federal Capital Territory ‘Unity Bar’ elections of the Nigeria Bar Association.
Investigations carried out by www.gongnews.net showed that the outgoing Chairman, Mr. John Agada Elachi, who is swimming in a floodgate of allegations bothering on financial maladministration, is also fingered to be behind the subversion of the rules to enable him bring in stooges that may help cover his tracks.
Elachi is being accused of “continuously and intentionally disobeying, ignoring and disregarding the Uniform Bye Law for branches in all his actions as the branch chairman since August 2015 till date”.
His accusers point to his always taking unilateral decisions even on matters meant for the general meeting. Such unilateral decisions listed includes:
Co-opting his partner in Chamber and former General Secretary, Mr Emeka Obegolu, into the Branch Executive committee;
Nominating an Auditor for the branch and ruling out any discussion or question on the competence or otherwise of the Auditors;
Purporting to suspend the publicity secretary, Mr Joseph Silas Onu, unilaterally, from the Executive committee of the branch. Onu is reputed to have exposed the monumental damage done to the financial health of the branch to the national headquarters that are yet to respond to the allegations;
Illegal appointment of his close friends and political associates who rarely attend the branch’s monthly meetings as the election committee for the 2016 branch election;
For instance, at the general meeting of 6th May 2016, Mr Elachi was accused of unilaterally reading out the names of such his friends and political allies as members of the electoral committee with the intention of causing chaos at the branch and frustrating the election meant for Monday 13th June 2016.
A lawyer who commented on the development, Mr. Abraham Odogwu said: “By virtue of Article 10(3) of the Uniform Bye-Laws, the election committee is one of the standing committees of the Branch and Article 10(10) of the same law provides for how each standing committee will be constituted. From the provisions of the bye-law, it is clear that the duty of the Executive Committee and then, the General Meeting on the need to constitute the election committee will follow the procedure as stated in Article 12 of the Bye-law to constitute such a committee.
He added: “Our chairman, like a diktat, on the 6th May meeting had no regard for us as members or even lawyers who should know. He unilaterally appointed members of the electoral committee and closed the matter without allowing any form of comment from members. This is tyranny of the highest order in Nigeria of 2016. So sad it is happening amongst lawyers.”
“Question is, why would he want to cause disaffection among our members? Why is he afraid of using the Uniform bye-law? Why must he people the election committee with his friends and associates if he does not have some ulterior motives beyond the interest of the NBA? Even if he wants to do that, he could have planted people in the general meeting to nominate his favoured candidates.
We made efforts to reach Mr Agada Elachi for his comments. Until we went to press, he was yet to respond to our inquiries. As soon as we get his response, we shall feed our readers back.
. www.gongnews.net.