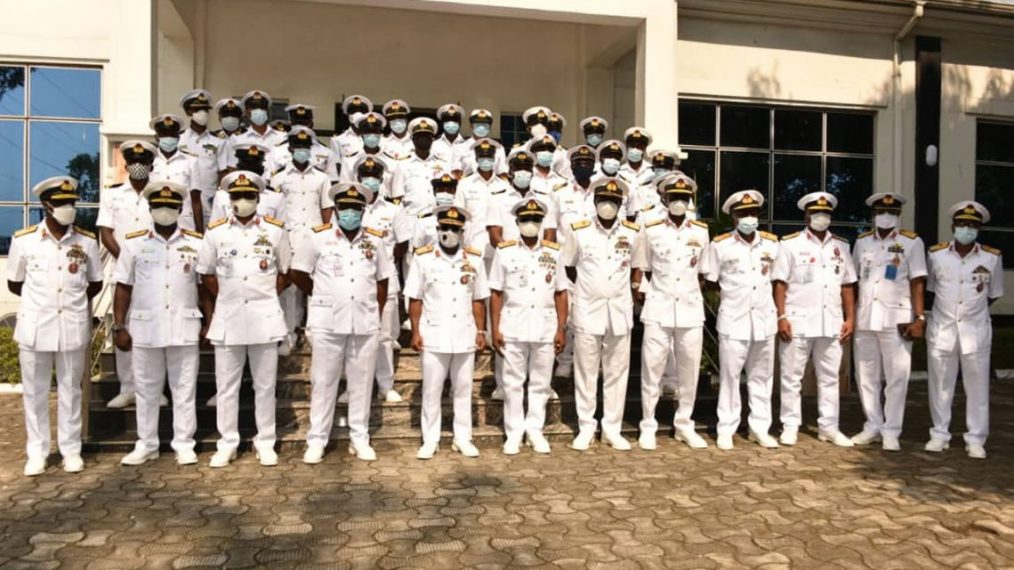 The Nigerian Navy (NN) has inaugurated a new Landing Ship Tank (LST) at Damen Shipyard, Sharjah, UAE, to replace its first set of LSTs, an official statement has said.

The statement by the Director of Information, Naval Headquarters, Commodore Suleman Dahun, stated that the construction of the ship began about two years ago and its introduction into the Navy’s inventory would no doubt bolster its sealift capabilities.

In addition, he noted that the introduction of the LST would enhance the transportation of troops, military hardware and vehicles in the conduct of maritime security operations launched from sea and supply of relief materials during national emergencies.

“The vessel will serve as a critical component of NN’s power projection for enhanced maritime security in the Gulf of Guinea and beyond.

“It will also play a critical role in the protection of maritime assets, as well as law and order at sea, thus contributing significantly to the promotion of global maritime commerce, peace and safety,” he said.

The director explained that the new LST has 32 crew and 250 embarked persons, and a length of 100.08m, powered by two Caterpillar/Cat 3516 C-rating engines and four Caterpillar C-18 generators.

Similarly, the LST has an endurance of 15 days at 15 knots, if used for humanitarian missions and evacuation and can accommodate over 450 persons on its upper and lower decks on short trips, Dahun added.

The bidding for the procurement of the LST was held on December 19 2017, supervised and conducted by a team from the Bureau of Public Procurement as well as a technical committee of the Nigerian Navy.

The shipbuilding companies that participated in the bidding were Damen Shipyards of the Netherlands, AnadoluDeniz of Turkey and Indian Shipyards GOA of India.

However, on June 13 2019, the NN and Damen Shipyards signed the final general agreement plan and specifications on the LST 100 and June 13 2019 became the effective date for the contract, whose duration was mutually agreed at 36 months.

The Keel laying ceremony for the LST 100 was held on December 9 2019, at the Damen-Albwardy Shipyard in Sharjah, UAE, and was sealed by the immediate past Chief of Naval Staff (CNS), Vice Admiral Ibok Ibas, Dahun said.

“Over the past two years, several Factory Acceptance Tests (FATs) with regard to various components of the LST 100 have been jointly and successfully completed by the NN and Damen Shipyards.

“Most notable among these FATs is the main propulsion engines tested in 2019 and 2020, respectively, as well as the Remote Weapon system also successfully tested in March,” he added.

Damen Shipyards is one of the biggest multinational shipbuilding groups in the world, operating more than 50 shipbuilding and repair yards worldwide.