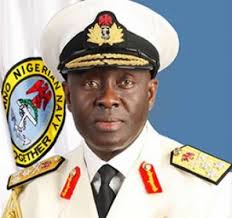 The Chief of Naval Staff, Vice Admiral Dele Ezeoba, on Monday said that the Nigerian Navy destroyed 1,556 illegal oil refineries and arrested 1,646 suspects in 2013.
Ezeoba disclosed this at the launch of the Chief of Naval Staff Strategic Guidance 02 in Abuja.
He said: “The Nigerian Navy destroyed 1,556 illegal oil refineries, 103 barges, 69,606 auxiliary equipment and 1,443 large wooden boats.
“Between October 2012 and September 2013, more than 1,646 suspects were arrested and handed over to the Nigeria Police Force, Economic and Financial Crimes Commission or the Nigeria Security and Civil Defence Corps for trial.”
He said that the incidence of piracy and sea-robbery in waters had been reduced considerably.
“For instance, between January and September 2013, the Nigeria Navy received 91 alerts of suspected sea robbery and piracy within Nigerians maritime space,” he said.
According to Ezeoba, the Nigerian navy responded to 64 cases of sea robbery and is currently investigating 22 of the remaining cases.
The chief of naval staff also said that the two hijacked vessels, MV CROW and MT NORTE, with 17,000 metric tonnes of gasoline, were successfully rescued by the navy.
“Currently, two offshore patrol vessels are under construction, one to be fully built in China and the second to be completed in the Naval Shipyard Limited, Port Harcourt,” he added.
Ezeoba also said that the navy had acquired a US Coast Guard Ship, USCGC GALLATIN, which is expected to sail into the country by the second quarter of 2014.
“Following the achievement of the aforementioned milestones, which was the essence of my SG 01, it has now become necessary to issue my SG 02,” he said.
Accordingly, the Chief of Naval Staff SG 02 was duly promulgated on November 1, 2013 to ensure that the directives contained therein are carried out.
Ezeoba said that the Flag Officer Commanding, Commanders and Commanding Officers, would be required to sign performance contracts.
He said that it was expected that all hands would be deck to ensure rigorous implementation of all the short and medium term projects deliverable to enhance the operational efficiency of the navy.
He commended President Goodluck Jonathan, members of the National Assembly and the Supervising Minister of Defence, Labaran Maku, for the ceaseless support given to the navy.