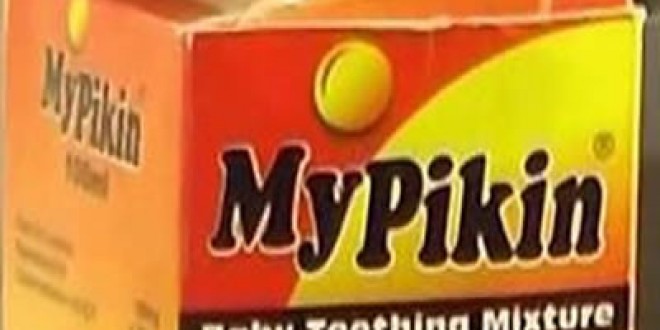 The Court of Appeal sitting in Lagos on Thursday fixed July 18 for ruling in an appeal filed by convicted two employees of Barewa Pharmaceutical Company Limited.
The Federal High Court, Lagos had earlier sentenced the two employees, Adeyemo Abiodun and Ebele Eromosele, for the production of an adulterated syrup, My Pikin.
The Court of Appeal, presided over by Justice Shagbaor Ikyegh, fixed the date after counsel representing both parties had argued their briefs.
Counsel to the appellants, Osaro Eghobamien (SAN), in his argument, urged the court to grant the appellant bail, pending the hearing of the substantive appeal before it.
Arguing the bail application on behalf of the first appellant, Eghobamien prayed the court to admit Adeyemo Abiodun to bail on health grounds.
He said that by an earlier appeal filed before a Federal High Court in Lagos, an order was obtained directing that the appellant, who was diagnosed of hypertension, be given medical attention by the prison authorities.
He argued that the judge had also ordered the prison management to refer the appellant to an appropriate hospital, if it lacked the requisite medical facilities.
Eghobamien told the court that the prison authorities by a referral letter, have now directed the appellants to the Lagos University Teaching Hospital for proper medical attention.
He, therefore, urged the court to grant the prayers of the appellant and admit him to bail.
Meanwhile, counsel to the respondent, James Kadiri, from the chambers of Mike Ozekhome, in his response, urged the court to dismiss the application.
He argued that he had filed a counter affidavit to the application, stressing that the prison authorities have not declared that it lacked the facilities to treat the appellant.
Kadiri also argued that the appeal was an abuse of court process, since there was already an existing appeal filed by the appellant, which had not yet been withdrawn.
He, therefore, urged the court to dismiss the application for lack of merit.
After listening to the submissions of counsel, the judge reserved ruling for July 18.
The appellants, Adeyemo Abiodun and Ebele Eromosele, were on May 17 sentenced to seven years imprisonment each by Justice Okechukwu Okeke of the Federal High Court, Lagos.
They were prosecuted by the National Agency for Food, Drugs, Administration and Control.
The court convicted them on counts of conspiracy and sale of the adulterated syrup, which caused the death of about 80 children in the country.
Okeke also ordered that the company be wound up and its assets forfeited to the Federal Government.
During the delivery of the judgement, Abiodun had collapsed and was later diagnosed of hypertension.
After their incarceration at the Ikoyi prisons, he was again reported to have collapsed for the second time, which led his counsel to file an application for his bail, pending his appeal.