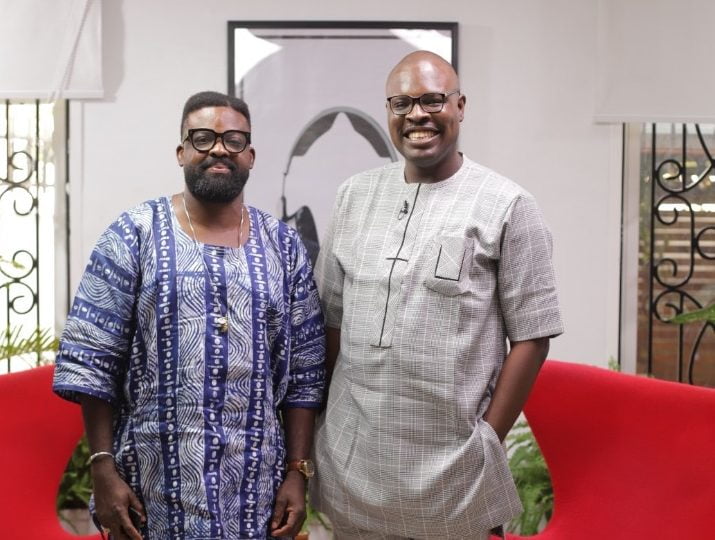 Award-winning filmmaker and actor, Kunle Afolayan, sat with Chude Jideonwo, host of #WithChude and founder of Joy Inc, for a major interview.

He spoke about his father’s passing, the legacy his father left and the work he is doing as a filmmaker and businessman.

Afolayan said: “He died at the age of 56, that is pretty young.

“But I think he had to die for some of us to be doing what we are doing today.

“When people die, it is because their time is up.

“The reason there is continuity is that his name is being heard everywhere because of what we are doing now.

“When he was alive, my father completely discouraged anyone of us from going into filmmaking or acting.

“He said there was no money in it.

“These were the things I learnt that helped me structure the business side of what I do because I don’t want to end up like him.

“I remember that after he passed, then Nollywood came.

“Then I would see these films with beautiful stories and compare them to the films that my father and Ogunde made, based on the production quality.

“The stories are great, but how come the audio is bad and the makeup is lousy?

“So, I said I wanted to become a filmmaker.

“I never said I wanted to be an actor.”

On building a brand as a distinguished and internationally recognised filmmaker, Afolayan said: “When you orchestrate something and say: ‘This is what I am going to do,’ at that time you are not sure of how far it will go.

“I just said I wanted to be different.

“That has always been my thing.

“So, I said let me capitalise on what people are not doing right and things they are not paying attention to.

“And I picked some of those things, like, why don’t they grade?

“At that time, nobody was grading.”

Afolayan also addressed concerns that his films do not appeal to the mass market.

He said: “All the films I have done in my life, people have always said it is not for the mass market.

“And I say: “Okay, but it is for international markets and intellectual markets.

“And it is better than me saying it is for the mass market here.

“The platforms the films are shown also determine who gets to see the film.

“We are always just saying that these films are not for the mass market, these films get pirated and you see them everywhere.

“And when they are everywhere, it means that the mass market is watching it.”

On the effect of piracy on the work he does, Afolayan shared: “It is just because I was born to be who I am that I have not died.

“Because I have gone through so much for me to not be relevant or not do anything today.

“The films we do, we put a lot of money into it.

“Most of these funds are mine.

“So, if you put money and your films are now been pirated, especially when you have proof, will you not shout?

“But because we attach sentiments to everything in this country, it is difficult to talk.”

Watch the excerpts from the interview here: https://youtu.be/4zdxGZkrBW0

#WithChude is a network of media products across TV, film and podcasts telling stories that enable and strengthen the mind, the heart and the spirit.

“The weekly interviews are widely syndicated across terrestrial television and social media platforms reaching an average of eight million people weekly – positioning it as the most watched and most syndicated weekly talk show (digital + traditional) in the region.

Actor Joke Silva revealed that her husband Olu Jacobs was dealing with dementia with Lewy body for the first time on the show.

The documentary and travelogue series #ChudeExplains has tackled issues from criminal justice reform to Gen Z coming of age.

An extended play podcast is up on listen.withchude.com as well as on Apple Premium.