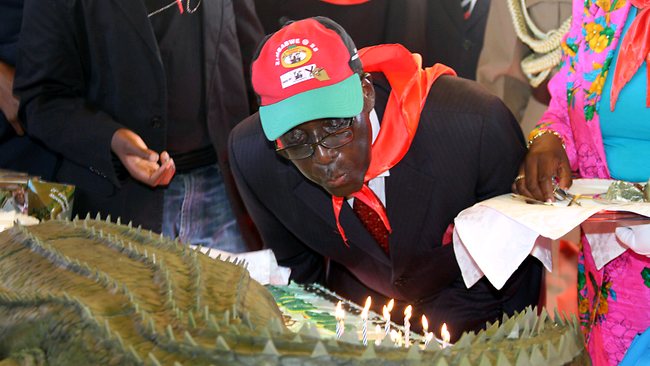 President Robert Mugabe of Zimbabwe on Friday praised China for maintaining friendly relations with Africa and the developing world at large, as well as for providing assistance to the continent.
Mugabe said that Chinese President Xi Jinping’s visit to Africa in 2015 was a major highlight in bilateral relations.
In December 2015, Xi paid state visits to Zimbabwe and South Africa, and co-chaired a summit of the Forum on China-Africa Cooperation in Johannesburg, where he and African leaders adopted a package of programmes aimed at strengthening China-Africa cooperation and supporting Africa’s development.
Recalling Xi’s visit, Mugabe said Zimbabweans knew they were not just hosting an individual who happened to be the head of China’s ruling party, but one who was carrying a blueprint for development with him from China to Africa and Zimbabwe.
He said: “He was carrying with him what we regard as a real blueprint for development as being assisted by China.”
In Johannesburg, Xi pledged $60 billion in funding to ensure the implementation of an action plan for China-Africa cooperation.
The plan covers a wide range of areas, including agricultural modernisation, infrastructure, financial services, public health, peace and security.
“So the Chinese are sharing their own development, the results of their own socio-economic endeavors with us,” he said, pointing out that China had assisted Zimbabwe in averting humanitarian crises caused by hunger.
Mugabe acknowledged the assistance China was providing to Africa through the FOCAC, adding that Xi had come with more assistance for Zimbabwe to develop and help its people through resources which are now at its disposal.
Mugabe also said that the country cherishes its traditional friendship with China, which has been forged in the anti-imperialism and anti-colonialism era.
He said: “The independence, the sovereignty we enjoy would not have come that easily were it not for China.
“It’s vital for our children to know as they grow up that once upon a time, when imperialism had stretched over our land, we outdid it, (and) threw it out of Africa using the assistance that came from China.”
NAN.