MFM General Overseer did not send me to Sowore – Dr. Akinloye 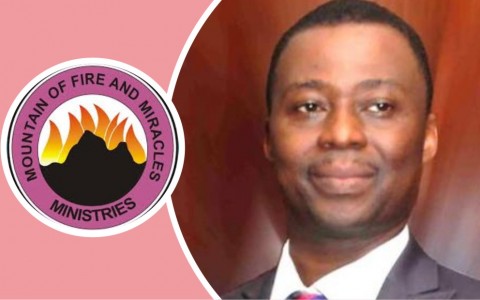 A member of Mountain of Fire Ministries, Dr. Aaron Akinloye, has said the General Overseer of the Church, Dr. Daniel Olukoya, did not send him to the Publisher of SaharaReporters, Omoyele Sowore, for any reason.
Sowore had in a video in which he addressed some people, said Dr. Olukoya sent Akinloye to him requesting for a meeting.
Akinloye said the information passed onto the crowd Sowore addressed was wrong as the lawsuit he spoke on involving the MFM in Maryland, United States of America, had been won by MFM.
He equally claimed that Dr. Olukoya offered to bankroll his political ambition.
But Dr. Akinloye said this is very far from the truth.
Akinloye, who said he met with Sowore on other private matters, wondered how he would have been chosen for such an assignment when he was not in the position to deal with such matters.
In his reply to Sowore on an online platform, Nairaland, he stated: “I Dr Aaron Akinloye have never said that the General Overseer sent me to you. You would recall that we were talking about UNILAG Alumni when you showed interest in the development of the school. Please, be very careful with the way you spread unconfirmed news. Mr Sowore, let me ask you, on what capacity would the G.O have sent me to you? I am not his media person. Please, be careful the way you are going about this.
“In fact, Sowore needs help. He needs plenty of prayers. Does he think he can sit down somewhere and begin to confuse the whole world? People that know him should call him to order. Somebody who said he was ready to confess his sins before the man of God. Sowore, we know your history while in Unilag anyway. I am not surprised. Why am I even disturbing myself over your cantankerous attitude?”
According to Dr. Akinloye, Sowore’s claim that Dr. Olukoya offered to finance his political campaign is a mere media stunt to get attention, stating that the General Overseer neither gets involved in politics nor does he know that Sowore even has political ambition.
He said: Sowore what is your problem? When did I tell you that the General Overseer of Mountain of Fire and Miracles Ministries would like to finance your campaign? You must be out of your mind. The man of God who doesn’t get involved in politics. Does he even know that you are contesting for anything? If you are looking for attention, you won’t get it. I strongly advise you to desist from your antics, particularly the way you are dragging me into this mess. If you fail to desist from slandering my name, I will take a legal action against you.”
In that same video, Sowore also spoke about the Maryland church case, which has already been won by the church, with all evidence and document presented.
He was accused of not carrying out proper findings before publishing it, with the allegation that he went out of his way to slander the church and Dr. Olukoya.
According to sources close to the General Overseer, Sowore was given a very long period of grace.
He was warned to desist from publishing slanderous, malicious and unconfirmed stories against Dr. Olukoya and the ministry, but all the warnings fell on deaf ears and this left the church no other option than to seek legal redress.