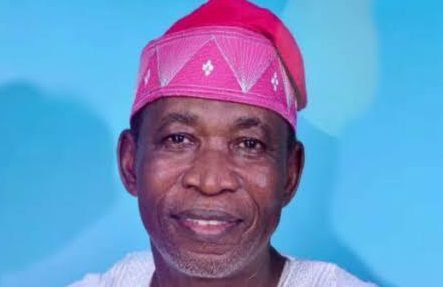 Members of the Foursquare Gospel Church have paid glowing tributes to its former General Overseer, Pastor Wilson Badejo, who died in August.

This started at the Evening of Tributes heralding Badejo’s final funeral rites, which was held on Wednesday in Lagos.

The worshippers eulogised the late G.O. for his good works and earthly prayers to win more souls for God.

The worshippers also said the late preacher’s saintly fragrance would continue to act as bait for more soul winnings after his demise.

The News Agency of Nigeria reports that, Badejo, who accomplished many outstanding works for the church, died on August 7, 2021 at 74.

In his tribute at the event held at the Church’s headquarters in Yaba, Lagos, his successor, Rev. Sam Aboyeji, said the late preacher’s good works have outlived him.

He said that Badejo’s sweet voice and counsel made many good Christians new converts to God.

According to Aboyeji, the rapid expansion of the church in the country can be traced to Badejo’s exploits in the vineyard.

He charged people to look up to God in time of need and emulate the late pastor’s approach in seeking God’s face through showing love to all.

Speaking at the event, the Foursquare Director of Foreign Mission, Rev. Yinka Adebiyi, described the late preacher as a saint that lived among humans.

Adebiyi said: “His good deeds transcends our compression in the manner he gets things that ordinarily looks difficult in human eyes done with ease.

“Having accomplished feats in the church works still full of zeal for the betterment of people, he established a foundation that takes care of the indigent in the society.

“Youths of Mainland and environs immensely benefitted from his empowerment programmes to become good citizens.

“Not less than 500 students of higher institutions gained scholarships to pursue their education from his NGO.”

Ogubuaja, who praised the insightful leadership role of the late Overseer, said people should use his name as point of contact in prayer, especially when it concerns needs.

He added that with the late preacher involved in solution and needs provision evangelism, God will answer prayers of such when one makes reference to him.

He prayed for God to broaden the coast of evangelism by bestowing the Church with another Badejo.

NAN reports that a service of songs would will hold in honour of Badejo on Thursday, while internment follows Friday in Lagos.

The pastor became the General Overseer of the church in 1999.