Meg Alabi: The lady with the midas touch 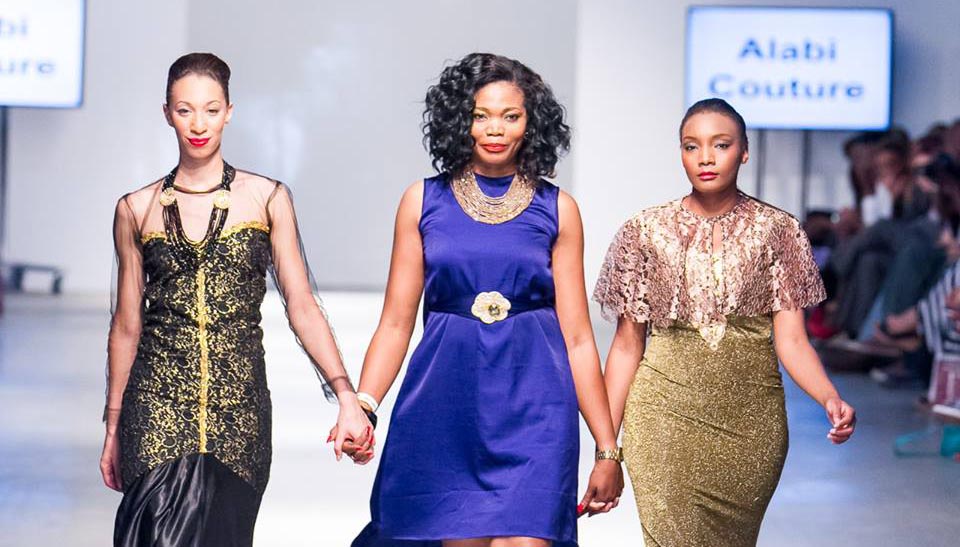 After a successful career as a model, Meg Alabi veered into fashion and style by setting up her boutique, MD’s Clothing. Not resting on her oars, she followed it up with her label, Alabi Couture. With designs that have strut the runways such as The Africa Fashion Week in London, this fashion designer has surely got the Midas touch. Little wonder, everything she touches turns into gold. PAM JENNY closes in on her.

She studied Mass Communication in the University but nonetheless, she had the drive to veer into fashion and style. Fashion Designer, Chief Executive Officer at Alabi Couture as well as the CEO, MD’s Clothing, Meg Alabi, says that she was inspired by her love for fashion: “I modelled for a couple of years and started out with a photo shoot for my Aunty, Sefinatu Mohammed, in 1991. She had a fashion house at Federal Palace Hotel.”
Alabi and her elder sister went to visit her one day and she was in the middle of a photo shoot and asked her to join in.”I remember that I didn’t know anything about modelling then. There were make-up artistes. I was made up and wore the clothes. Eventually, the pictures came out and I liked what I saw and I didn’t even recognise myself,” she says.

That launched her into a career in modelling and it was easy for her to meet the right set of people, even though along the line, there were those who didn’t have good intentions for her career. She would go on to model for 18 years.
Recalling how she started her clothing line, Meg Alabi says: “I went back to Delta State University at the age of 28 because I just wanted to focus on my studies. Every time I am going back to school, I’d buy some clothes in Lagos and sell them off there. So I started the trend of selling things.”
When she came to Lagos, she opened a boutique, MD’s Clothing and stocked it basically with casual clothes and various accessories. She said: “Even before I opened MD’s Clothing, I was making linen shirts because I remember that I made one for myself and some guys saw it and they really liked it. They would order and I was also making my own clothes too. When I wear them, people would ask me to make them using our local fabric, ankara. I decided to continue sewing on the side.”
That gave rise to Alabi Couture in 2011, which she launched with the help of Daviva Fabrics. She says they supported her with fabrics so that she could show people how versatile the ankara fabric is. “It doesn’t have to be the normal Iro and Buba or skirt and blouse. We could actually modernise it to conventional western designs with our fabrics,” she said.
Within a short space of time, the response has been overwhelming for the designer. Since she launched the label, it’s been one order or the other. Alabi said: “A bigger person can see what I am wearing and like it and I’ll tell her that I could get away with wearing a long gown with gathers because I am slim. However, it would make a big person look bogus. So, I’ll sketch something for them but for those who insist, we’ll make something for them and at the end of the day, they would see what we mean.”
Designs from the label have been featured at the African Fashion Week in London among other high profile events. In December 2011, she organised a charity fashion show at the Heart of Gold Motherless Babies Home/Hospice. It brought smiles to the faces of the children. Alabi said: “We sewed clothes for all the children and got celebrities to come and model for the kids. We got the likes of Ufoma Ejenebor, Kate Henshaw, Yinka Davies, Eucharia Anunobi, Kunle Afolayan. Rycado Agbor, Mosun Filani among others.”
When creating her designs, what are the specific things that she looks out for? Hear her: “I look out for how comfortable the dress would be, the weather, fabric as well as the cut. I look out for the colour of my client, her size, shape and personality because you cannot take that away from anybody. I could have a client that is very reserved. Is she is somebody that cannot wear sleeveless? We have to put that into consideration. If it’s somebody that is ready to go all the way out, we could sew something that is short.”
The fashion designer hinted that there is a difference between the role of a designer and fashion stylist. She says one cannot do it all. Alabi has served as fashion stylist to a number of artistes while she was ran her boutique.
She said: “The stylist sees the outfit from head to toe. For instance, I style myself and for me to put on an outfit, I visualise myself from head to toe. I’d style my hair for a particular dress and all.”
Internationally, she says those that have gone wrong on the red carpet are often people that just wear what they want and what they have. She emphasises that appearance matters a lot so fashion stylists come in handy to advise people on what to wear. They have that extra eye. For celebrities, the team should include a personal assistant as well as a fashion stylist.
So, what common fashion mistakes do Nigerians make? She says that Nigerians remain one of the most fashionable people in the world. She said: “If you put 10 Nigerians in a place with 10 people from other countries, you will find out that only one would dress low-keyed. For women, one mistake that they make is that they tend to overdo it. Less is more.”
Meg Alabi cautioned that women should not put too much on an outfit as they tend to do that a lot. For the menfolk, she says colours remain the key thing. Many of them try to dress well but still there are many of them that should be arrested by the fashion police.