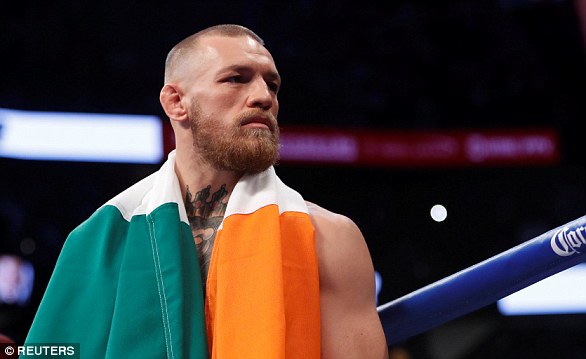 Conor McGregor wants to fight Floyd Mayweather Jr again and insists he would win this time.
The American defeated the MMA fighter in a 10th-round knockout in 2017.
There have been suggestions there could be a rematch and McGregor is hoping there will be.
“I’d like to rematch Floyd, I think we should rematch Floyd,” he told ESPN. “He’s flirting with it and he could choose someone else but it wouldn’t be the same.
“I was phenomenal in that bout, the only reason I lost was because I prepared for a back-footed Philly Shell style of opponent. When the fight was like that, I was picking him apart then he came forward and started pressing.
“I wasn’t sinking into my shorts like I am now with my boxing coaches under my belt. I know I would beat him if we rematch, when we rematch.
“It’s going to happen again but I am open to other boxing bouts.”
McGregor is in line to receive his highest UFC purse for his return to the octagon against Donald Cerrone, but it still pales in comparison to the huge pay day he received for fighting Floyd Mayweather in 2017.
McGregor’s comeback this month will see him return for the first time since he lost to Khabib Nurmagomedov in October 2018.